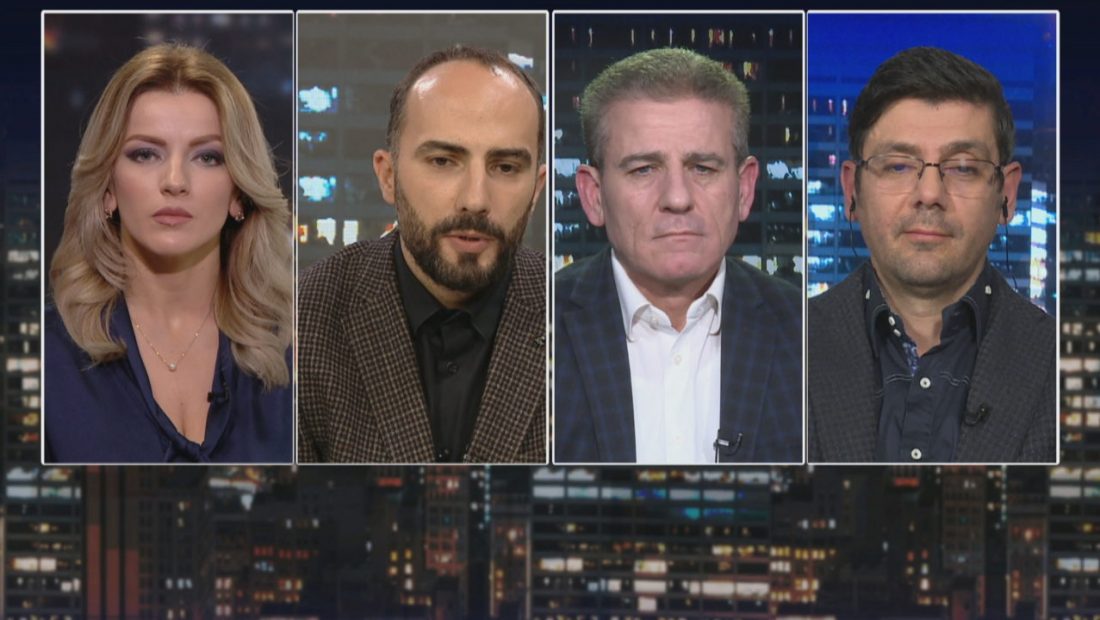 The court accepts the Alibeajt group’s lawsuit, ruling that the socialists’ choice not to challenge the legitimacy of the deputy’s mandate to the Constitutional Court is illegal.

The court dismissed Berisha’s group’s case as well, arguing that before examining the constitutionality of the mandate, the parliament must express its position.

According to this resolution, the Parliament must approve the opposition’s request to refer the constitutionality of Deputy Foreign Minister Olta Xhaçka’s mandate to the Constitutional Court.

Xhaçka’s mandate, Braho: Majority’s influence  is on the Parliament, not on the Constitution, analysts: The conflict in DP will escalate

According to political analyst Ilir Kalemaj, both parties in the DP are attempting to benefit politically on the Constitution’s decision-making. According to him, the political fight in DP deepens the conflict and does not benefit the opposition.

“In addition to the legal battle for the party’s stamp, who wins from the parties? Instead of serving the opposition and political interests, it is viewed as political capitalism. We have rhetorical confrontations that increase the issue in the legislative group, which is not that intense at the grassroots. We didn’t have to come up with two different constitutional issues for such a problem. The Council of Mandates will investigate it and bring it up to the level of the Constitution “.

Analyst Aleksandr Çipa echoed the same viewpoint, stating that each of the factions seeks to discover and capitalize on problems that provoke sensitivity among the population.

“Irrationality toward the problem makes it obvious that it is not a functional process. The membership and the general public are being questioned, with both parties being chastised for acting separately. I am concerned that the next steps in this procedure will take a long time, at least 6 months, and, in my opinion, more than a year. We shall have a classic fight between the party making the claim and accusation and the other side who is in the position of the accused but needs arguments and justifications. There will be a known conflict “.

The Xhaçka case and its political ramifications, “this Constitution offers you hope for a favorable decision”

But what is the cost of the majority from the Xhaçka case? Analyst Aleksandr Çipa believes that “This will be a lengthy story in the future. From a moral standpoint, the majority has not created hurdles to proceeding, whether legal or parliamentary, but in the past, this has been banned. I feel there is a significant political cost to the Constitutional Court’s decision to eliminate the mandate, but I do not believe it will go that far because the defense side has not exhausted its arguments “.

According to Ilir Kalemaj, Prime Minister Rama is unlikely to abandon his minister on this journey. “I don’t believe the Prime Minister’s connection with Olta Xhaçka has worsened; he has demonstrated a stubborn consistency to protect his “dolphins,” beyond hopeless cases or those that jeopardize his work, like as with Koço Kokdhima and Saimir Tahiri,” adds the debate guest.

According to Kalemaj, “if the ruling of the Constitutional Court will be in favor of the minister, this problem will be swiftly forgotten, she has had prominent positions in the SP and in the cabinet, and I don’t see Rama having ceded a millimeter”.

According to Çipa, the recent meeting of the SP’s parliamentary group revealed that the minister Xhaçka was the focus, although this is not a hint of the suspected incident.

“There were just reports about it, and they all referred to legislative action rather than the department that it covers. The case appears to be more of a political and parliamentary concern than one for the Constitutional Court “.

However, according to lawyer Ledio Braho, it is the Constitutionalist who provides the complainants against the minister hope. “With today’s arrangement, the Constitutional Court has the largest percentage of accepted requests, thus the outlook is favorable; it now has 9 judges. They have a certain level of legitimacy, and all justice bodies have high hopes for them “He went on to say.