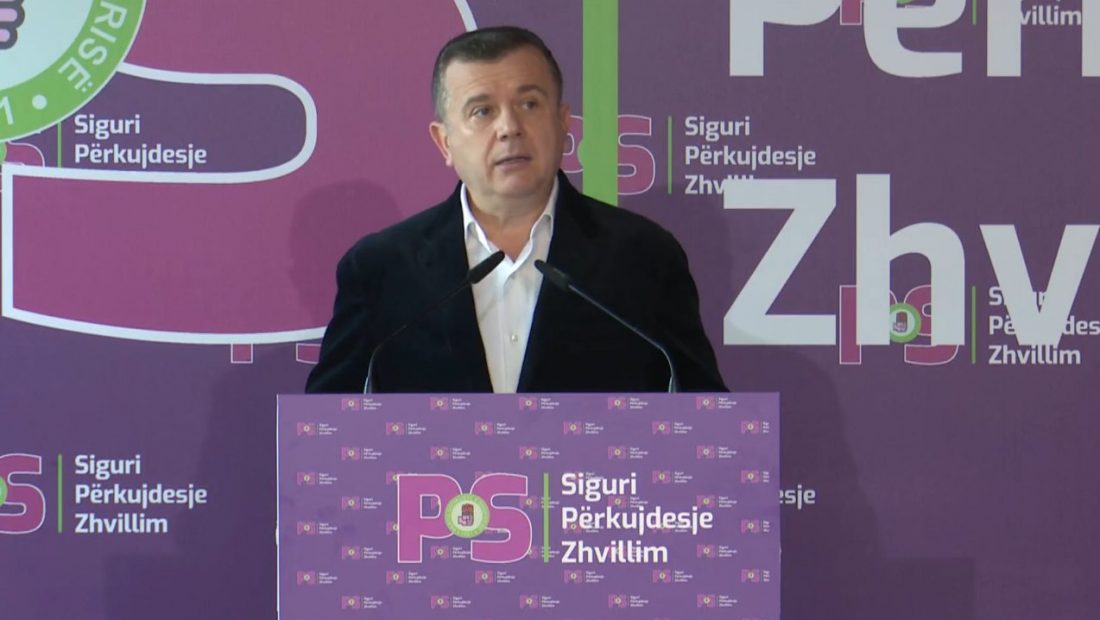 On January 21st, 2011, four protesters called in a manifestation by the Socialist Party, led by Edi Rama, then in opposition, were killed in front of the Albanian Prime Miniser’s Office, seated at that time by former Prime Minister, Sali Berisha, leader of the Democratic Party.

“The Socialist Party will submit a criminal lawsuit against Sali Berisha, Lulzim Basha (former interior minister), and Ndrea Prendi (former chief of the National Guard) for committing the criminal offense of murder in other qualifying conditions, stated Damian Gjiknuri, general secretary of the SP, who made the announcement during a news conference this Wednesday.

“New evidence throws light on the state murder of four innocent persons by Sali Berisha’s government’s weapons. The SP will file a criminal lawsuit today at the Special Prosecutor’s Office of Corruption and Organized Crime against citizens against Sali Berisha, Lulzim Basha, and Ndrea Prendi for murder and other qualifying circumstances relating to the terrible event of January 21, 2011.

“The executioners’ conversations now made public clearly reveal that the murders were commanded from above and planned with criminal coldness. At the time, we pointed the finger at Sali Berisha. Everyone knew who the killers were, but justice did not investigate at the time. Even the new justice has been powerless to clear the dust from this case. The newly made public evidence offers information on fresh facts that were not previously investigated. The order was given to open fire on unarmed protestors. The recording proves that the murders were conducted with direct intent rather than negligence,” Gjiknuri stated.

Are you concerned about being arrested by SPAK on January 21? Berisha: Rama was responsible, I don’t have immunity

Sali Berisha, the leader of the Democratic Party, has refused to comment on the report provided to the Special Prosecution by Minister of Justice Ulsi Manja regarding the January 21 file also involving the former Interior Minister, Lulzim Basha, and Ndrea Prendi, former Chief of the National Guard.

While referring to the recent happenings as “Ulusi’s idiocy,” Berisha reiterated that Edi Rama bears sole responsibility for the event that occurred in the Prime Minister’s office 12 years ago.

When asked if he is concerned about being arrested by SPAK, the DP leader stated that he does not have any form of immunity.

“Is it possible to stay focused on the core issue and ignore Ulusiu’s nonsense? He he just has one task: to serve as Edi Rama’s bodyguard. It is not worth mentioning. Is it worth mentioning? I’ve said it before and I’ll say it again: the person directly accountable for what happened, the major organizer, is Edi Rama. This accusation will never be made public. As you know, I don’t have any immunity.”

The fresh evidence, following which the Rama government requested that SPAK take over the investigation, was described by the DP leader as manipulations by the current head of the Police Supervision Agency, Ardi Veli.

“First and foremost, forget that I will comment on Ardi Veliu’s manipulations. But, as I previously stated, it is up to the media to tell the truth about this manipulation. I’m unable to comment because several writing tables are portrayed as audio and do not exist. It was clearly proven that it is a manipulation and forgery just like the January 21st tape where it was said that Sali Berisha was involved in the hydropower plant problem. Ardi Veliu designed everything. Now, I want to highlight once more that January 21 is one of the most tragic dates in history. The coup attempt by those I have previously condemned. Throughout that time, the United States has been adamant that the organizers and perpetrators of the violence be probed. The major organizer of the violence is Edi Rama. Despite being summoned to testify, he never found the confidence to appear in the prosecutor’s office “Among other things, Sali Berisha claimed.

Berisha accused Prime Minister Edi Rama of being the principal organizer of the violence in the prime minister’s yard 12 years ago.

He demanded that the prime minister forgo his immunity and speak “about the coup’s organization.”

“He brought individuals like they were cannon fodder. Naturally, the event is tragic. My condolences to the family members then and now. But the trickery that Edi Rama employs in order to gain power is ghoulish.”

On the other hand, the ruling SP has emphasized that the events of January 21 were the result of state aggression, while calling on SPAK to conduct a thorough inquiry in order to bring justice to the country.

“New and significant evidence,” Balla: The January 21st case should be forwarded to SPAK

In a media appearance on Sunday, Taulant Balla, the leader of the socialist parliamentary group, said that “the new audio evidence that has come out proves that the commander of the Guard ordered the executions on January 21” and that this is sufficient for “the file to be moved to Special Prosecutor’s Office against Corruption and Organized Crime.”

“As the accusing or injured party for January 21, we have never gotten an answer. The criminal record for three out of four killings, as well as the court decisions, are among the biggest blots on what was once termed justice in our country. Despite the fact that the beret of the Guard of the Republic fired, the killing of Faik Myrtaj was deemed to be without a perpetrator. As a governing force, we have attempted to maintain the bounds of authority independently, notwithstanding clear abuses of duty by the judicial power in this country. We are on the side of justice, and we demand justice to be served “Balla started his address.

“We requested that Aleks Nika’s file be transferred to SPAK. New audio evidence shows that the Garda commander ordered the shootings and selected those to be shot. Berisha’s destruction of the Prime Minister’s camera server could not conceal the crime. After 12 years, the most recent and significant proof has finally reached the public. For the reasons stated above, this file should be transferred to the Special Prosecutor’s Office against Corruption and Organized Crime from the Tirana Prosecutor’s Office “, Balla noted.