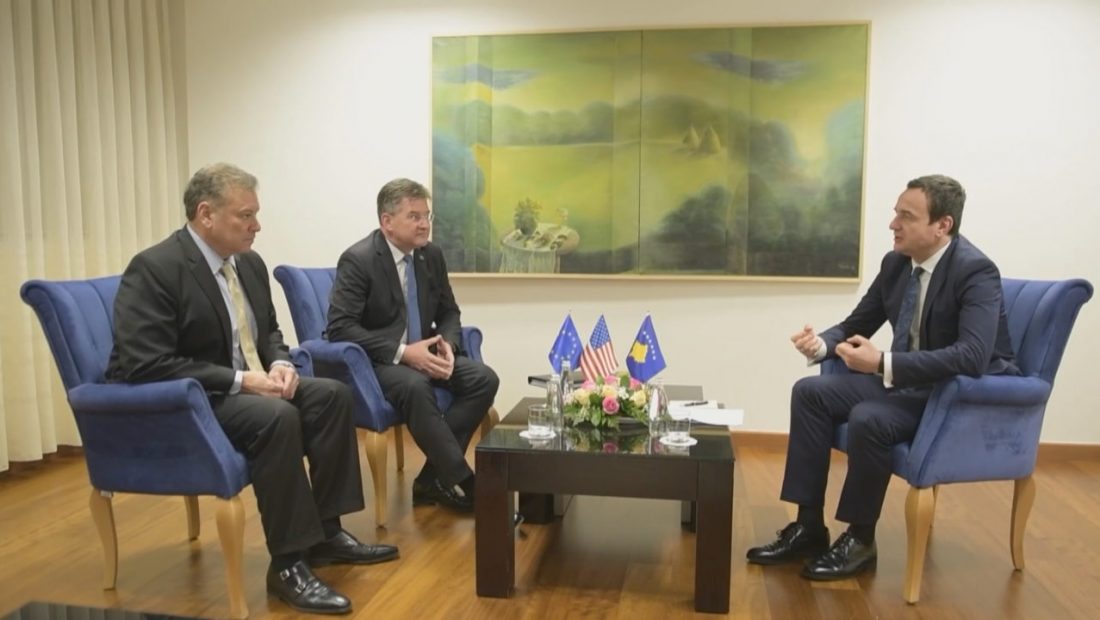 During the Davos economic event in Switzerland, the European Union’s special envoy for dialogue, Miroslav Lajcak, met separately with Kosovo Prime Minister Albin Kurti and Serbian President Aleksandar Vucic. Lajcak stated on Twitter that they discussed “the next stages in the dialogue for the normalization of relations and current issues” during their meeting with Kurti.

The regional situation and the talks between Belgrade and Pristina were discussed also during the meeting with Vucic. Lajcak and the US envoy for the Western Balkans, Gabriel Escobar, will visit Kosovo on January 20 and then Serbia to provide the groundwork for the talks to continue. The main focus, according to sources in Brussels, would be on the European proposal for an agreement and on holding high-level meetings as soon as feasible.

The Friedrich-Ebert-Stiftung, a German institution, verified to Radio Free Europe that it has drafted the draft legislation of the Association of Serb-majority towns in Kosovo. It regards the proposal as “a good framework, which after publication deserves to be addressed by governmental and non-governmental players”.