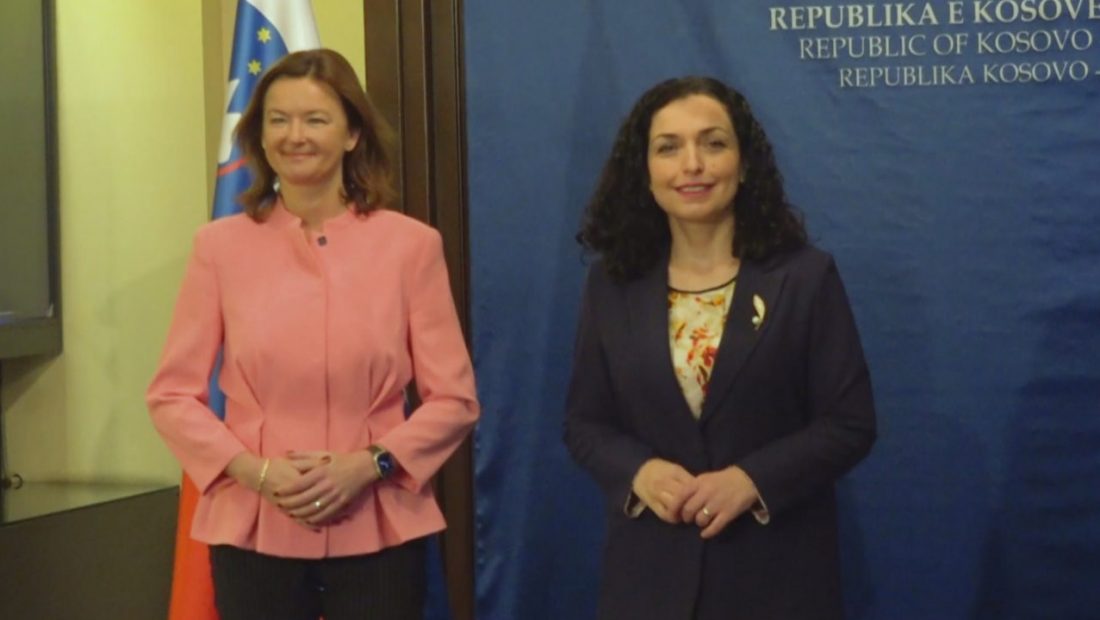 Kosovo and Serbia must begin talks on the Franco-German proposal for normalizing relations. Tanja Fajon, Slovenia’s Deputy Prime Minister and Minister of Foreign Affairs, made this appeal during a visit to Pristina. The diplomat, who was received by the counterpart Donika Gërvalla, discussed the security risks that are present in the Western Balkans as well as the necessity for the area to have a strong Kosovo.

“We have discussed relations in reference to the situation in the northern part of Kosovo frequently, and I have always emphasized that Kosovo should work toward normalizing relations and that there shouldn’t be any escalation of the situation there. They should also begin negotiations regarding the EU-sponsored proposal, which they have on the table, regarding the full normalization of relations between Serbia and Kosovo,” said Fajon.

The Slovenian diplomat expressed support for Kosovo’s goals to join the European Union and the Council of Europe, while also congratulating citizens on visa liberalization.

Gervalla stated her willingness to conclude the dialogue between Prishtina and Belgrade and addressed the subject of the Association of Municipalities with a Serbian majority.

“As far as I know, the association did not pass the Constitutional Court’s test in 2015. This Government of the Republic of Kosovo will not seek ways to implement an association that violates our country’s Constitution “Gervalla stated.