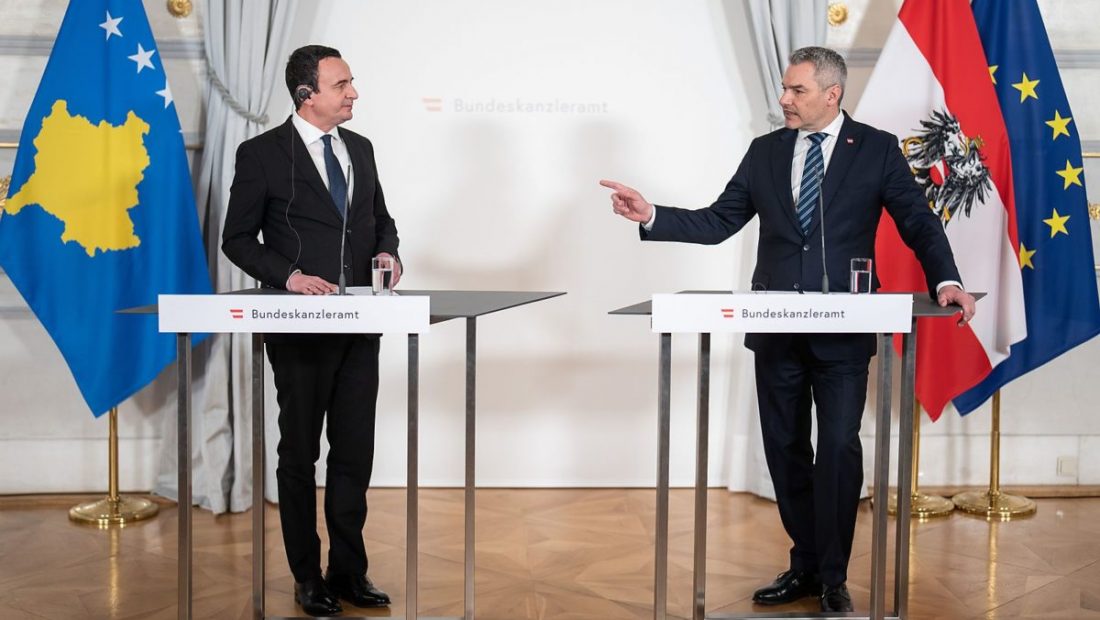 This year, he chose to make his first trip outside of Kosovo to Austria, the Balkans’ gateway to Europe. Chancellor Karl Nehammer welcomed Prime Minister Albin Kurti, with whom he discussed a range of issues, including the economy, Euro-Atlantic integration, and the relationship with Serbia. He also addressed the growing worldwide demand for the formation of the Association of Municipalities with a Serbian Majority from Vienna.

“We are currently talking about and debating an agreement for total normalization of relations, and the topic of the Association can be addressed there as well. However, the spirit of the Kosovo Constitution, which has granted significant privileges to the Serbian minority and was drafted by Marty Ahtisaari and Albert Rohan, does not allow mono-ethnic association “Kurti stated.

Austrian Chancellor Karl Nehammer offered to arbitrate between Kosovo and Serbia, saying that his country’s historical blunders had taught him lessons that he wanted to pass on to others.

“Many errors have occurred during our history. We learned a lot, and I am offering this knowledge from our history to my Serbian colleague as a mediator to build dialogue bridges, as well as to Kosovo, because there is only peace, stability, and security if both sides work together “, Nehammer said at a press conference in Vienna with Kosovo Prime Minister Albin Kurti. “Whenever it is required, Austria knows how to assist as a venue for mediation, a mediator, and a bridge builder.”

The chancellor’s offer comes only days after KFOR turned down Serija’s request to send 1,000 troops into Kosovo following violence between Serbs and Kosovo authorities.