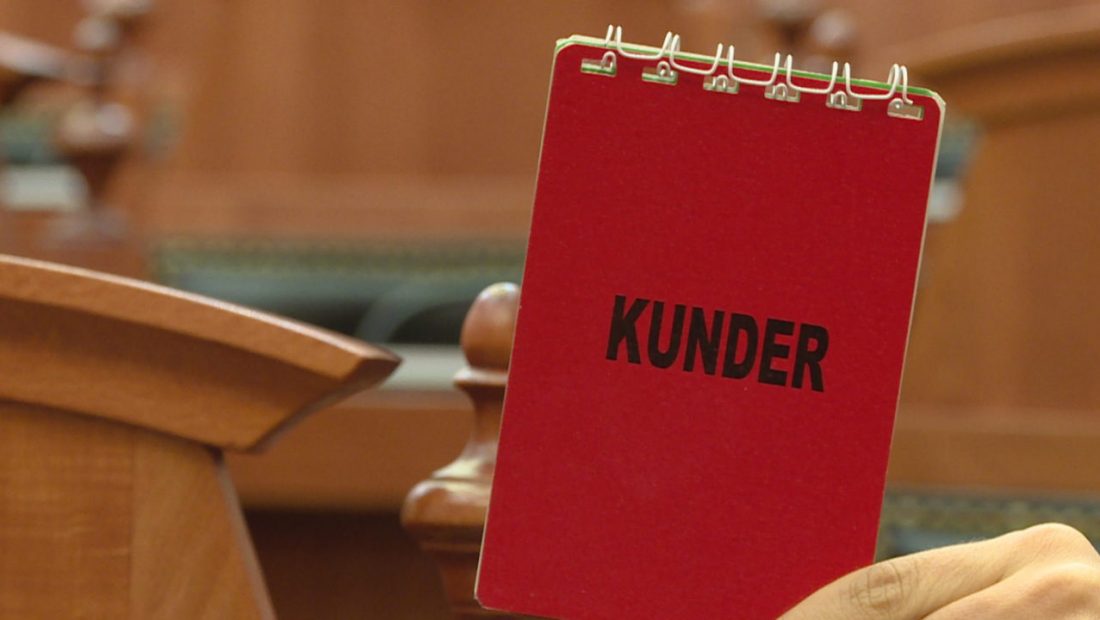 The parliament chamber is where decisions for the citizens are made. The laws passed by the MPs have a direct impact on the lives of Albanians, which one side of the hall sells as an improvement in the quality of life and the other as yet another attempt to exploit their taxes.

During its term of office, the Parliament serves two primary functions. The first is the legislative process, which involves the adoption of normative acts, also known as state laws, and the second is the control of other powers, such as the supreme power, which is derived from citizen vote.

In a calendar year, the Parliament approves approximately 60 laws, the majority of which are amendments to existing acts. A parliamentary procedure, which begins with discussions within the Parliamentary committees, must be followed for any draft before it can be considered law.

This entire period of time, on average, takes about a month, during which the MPs express their positions on initiatives that, in most cases, come to the Assembly as a proposal from the Council of Ministers. The division between the majority and the opposition is reflected in the attitudes of the parties toward the initiatives in question, with the word “theft” or “robbery” being the main word in 20 parliamentary speeches in most cases. In some instances, these discussions have devolved into banal insults, which more closely resemble materials that ought to be recorded at the secretariat of the Special Anti-Corruption Prosecutor’s Office.

However, the approved laws have not always been in the best interests of the citizens. This is due to the fact that, since the Constitutional Court’s reinstatement, 13 laws have been found to violate the constitution, the fundamental act of the state. In light of these facts, the question arises as to whether or not the laws that have been passed through the Parlia,emt are in the best interests of the citizens.

In addition to these laws, during the year 2022, the MPs of the Republic of Albania amended the Constitution of the country. The state’s basic act was amended in response to international pressure to extend the terms of the two vetting commissions for judges and prosecutors. The decision to combine the votes of the democrats and the socialists who signed the initiative appears to have been behind a minor political compromise.

However, in order to get to this point, there was a significant international push, which appears to have given guarantees to the opposition for two of its initiatives that would invest the Parliament in two significant legal and constitutional initiatives. Special Commissions for Administrative Territorial Division and the Electoral Reform, two initiatives that have been repeatedly requested by the opposition but have raised serious doubts about their seriousness.

These two commissions were established in mid-February but were unable to function because political differences within the opposition trumped their political goals, a new territorial division and a reform of the electoral code that they claimed would prevent future election massacres.

As a result, the two major reforms that had been repeatedly requested fell to the wayside as the political current dictated another agenda for the parliament. Therefore, the month of June had to arrive in order for the two commissions to be established and for their work to get underway.

The Special Parliamentary Commission for Territorial Reform was the highest ranked, holding 11 meetings over the two summer months. However, the socialists quickly put an end to any possibility of a change in the territorial division. Without the socialists’ votes, nothing can be approved in the Parliament, so their opposition was decisive.

Despite the extension, long listening sessions, and discussions between the parties, the Assembly ultimately failed to approve a major reform for 2022, resulting in the failure of this initiative. A reasonable explanation for this outcome could have been the opposition’s split. The dispute over who has de jure or de facto control of the DP headquarters prompted the filing of two legal initiatives in the Parliament to change the country’s territorial division. Despite being excluded from the special commission, Berisha and his supporters filed their initiative in the Parliament’s protocol, as did Alibeaj.

A2 CNN made a request to the Parliament of Albania to find out how much money was paid to the MPs of the Special Parliamentary Commission for the Territorial Reform. According to the information that was provided, it appears that more than half a million lek was allocated to allowances and royalties. This sum does not even include a last-minute trip to Croatia by some MPs prior to the parliamentary vote as a study visit within the functioning of the Balkan state’s territorial division.

While the Commission for Territorial Reform held 21 meetings during its activity, each of which featured lengthy hours of discussion, the Commission for Electoral Reform engaged in an entirely different set of activities. There have been fewer meetings held for discussing the rules of the next elections.

The Special Commission for Electoral Reform reflected the division of the opposition even further. The small opposition parties that do not want Alibeaj and the SP make a covert agreement regarding election rules, as well as Berisha’s grouping, continue to harbor suspicions toward one another.

However, unlike the first commission, the Electoral Reform Commission still has a mandate but has not yet approved any legal initiative or sent it to the plenary session for approval, effectively ruling out changes for the May 14 elections.

The next political battle will be fought in the Parliament Floor, which has seen many acts and heard many speeches on behalf of the citizens. The tension between the next three parties will be visible as local elections on May 14 approach, with two separate oppositions and a super solid majority in votes.