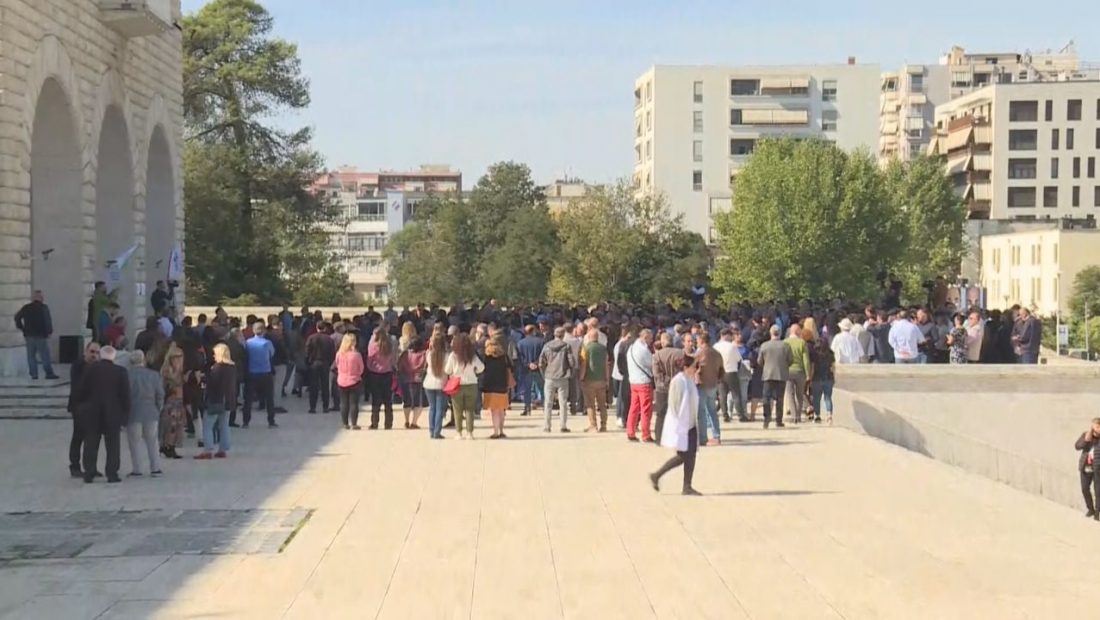 The year was difficult for public universities. The education process did not begin normally. After nearly 18 years since the last protest, the teachers, the owners of the house, were loudly articulating the words crisis, undervaluation, closure, and departures. The culmination of long-simmering discontentment with salaries that have remained unchanged despite a discernible gap between them and those of colleagues in the region, inadequate funding for scientific research, and the current threat of becoming unemployed due to the closure of branches that held little interest for young people led to a boycott of the academic year.

The teachers were united on the first day of the school year. During the strike that took place between 2004 and 2005, another socialist government was in power. At the time, Prime Minister Fatos Nano was in charge of the government. After weeks of boycotting and bargaining, the demands were met and the salaries were paid.

The “Rama” government viewed this year’s protest as “arbitrary” in times of crisis, so the salary increase was implemented in a crisis-like manner. The teachers dispersed and gradually returned to the classrooms, more enraged than when they began the protest. However, the explosion and dissatisfaction of lecturers is only one of the country’s problems with public higher education. The auditoriums are feeling the effects of the university crisis.

Fewer high-quality students, and many branches in danger of closing. The first warning was issued by the schools of pedagogy, a branch that is nearing the bottom, and not just in district universities. Even the government’s initiative to prioritize teaching by providing scholarships to qualified students who choose this path has yielded no results. The rate of attendance is low. The university presidents believe that funding should be directed toward teacher salaries, as this is the key to reviving interest in this field.

The heads of education unions have been vocal about the importance of reevaluating school curricula and developing courses that are more relevant to today’s job market. If this does not happen, other branches may be forced to close as well.

Today, all young people want to work in the medical field. The diploma is not only a guarantee for work abroad, but it is also the profession that defines one’s place in society. Rector Arben Gjata is unconcerned about the departure of young doctors, who he believes will return. Due to fictitious high school grades, the University has a problem with the admission of many unqualified students to the medical program. The attitude toward higher education law is what unites professors and university leaders.

Even though it was implemented seven years ago, there is still no study that has been done on the effects that it has had on the reform of higher education. However, the government’s most recent decision, which allows public universities to be returned to independent institutions, or foundations, has not gone unnoticed by academic staff.

This new approach to the operation of higher education institutions will not only result in a shift in the administration and distribution of funds, but also in the ownership of the universities themselves.

Teaching staffs do not anticipate any changes for the remainder of the academic year in 2023 because the budget for higher education and scientific research itself did not have such, despite the requests for increased funding. This year, however, will be remembered for the teachers’ movement, which did not receive support from either students or the ruling political parties. Even though the education system has been going through a crisis for years, it still doesn’t look like it will get better anytime soon.