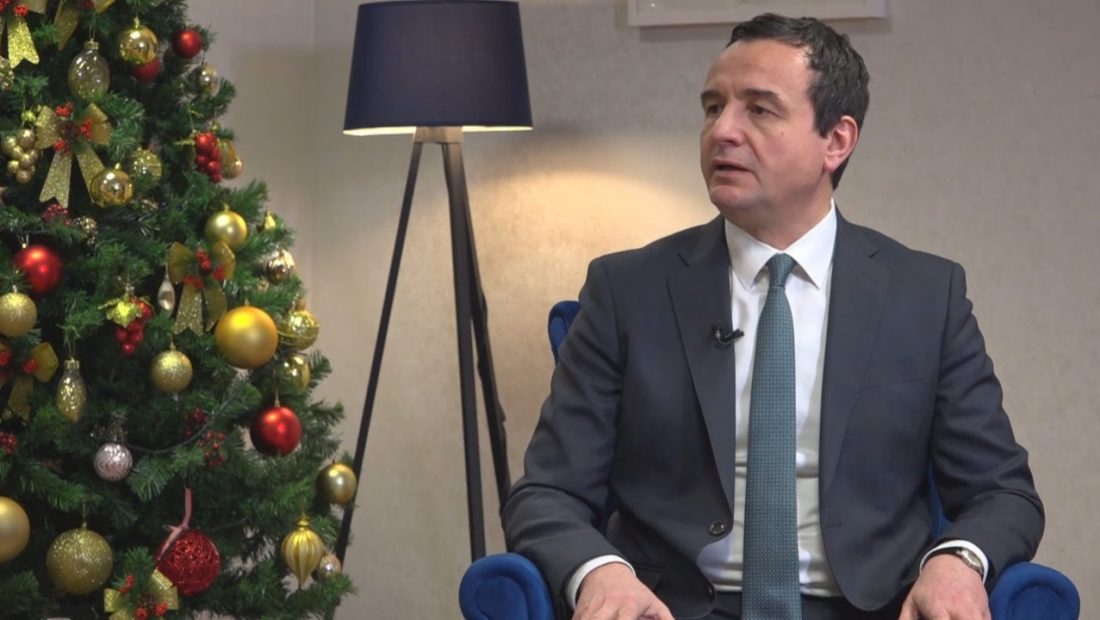 In an interview with Kosovapress, Kosovo Prime Minister Albin Kurti stated that there was no hidden deal with Serbia for the removal of the northern roadblocks. The sole assurance they gave the internationals was that there are no arrest lists in the north, he emphasized. The head of government unequivocally denies providing guarantees for the formation of the Association of Serbian-majority municipalities.

“No hidden agreement existed. There were discussions with KFOR, EULEX, and the embassies of QUINT, in particular the United States ambassador. Since we have frequently stated that the patience of the population and government is running out, we grant KFOR a little more time and space, but this cannot continue indefinitely. In addition, from the meetings we’ve had, we’ve began to observe their greater dedication to the dismantling of these barricades, thus on Sunday we predicted that the barricades will be removed within days “, remarked Kurti.

“Everyone returned home, each with their own victory”, Rama’s reaction to the removal of the barricades

Through a tweet, Albanian Prime Minister Edi Rama reacted to the removal of the barricades in northern Kosovo.

“Nothing new, the show lasted a bit longer, the tension climbed a little higher, the words were exchanged with a little more ferocity, the military maneuvers had a little more flair, but in the end, everyone went home with their respective victories! Indeed, something unprecedented occurred! After 434 years, the barricade has been added to the list of nonviolent protest tools with the consent of the EU and the United States! We trust that our strategic friends will understand our disagreement on this topic. Absolutely! The question remained unchanged after these quiet barricades of antagonistic utterances!  As long as answers start to be given in the same way as in the past, the question will still remain the same, even after the recent display, when barricades peacfully broke the monotony of a situation without solution”, Rama declared.

Vucic: Without the US-EU guarantees, we would have had a disaster with NATO

As a result of the tensions in the north of Kosovo, Serbia was on the point of a tragedy with NATO. This was confirmed by President Aleksandar Vucic himself, who recently urged European authorities to be cautious in their implementation of the barrier removal commitments.

According to him, the situation in northern Kosovo is more hazardous and complex than the international community believes.

“We were able to escape a catastrophe with NATO for the time being. The Serbian people are resolved to no longer tolerate terrorism. I fear the carelessness and arrogance of Pristina’s leaders “.

According to him, among the guarantees that must be observed is the fact that the Kosovo police can no longer enter the north without the permission of the local Serbs. In addition, he responded to Edi Rama, the Albanian prime minister, who disputed the stance that the barricades in northern Kosovo were a peaceful form of protest.

“We have different perspectives on Kosovo. I am intrigued by how cynical his remark was. You recall that there were disputes, which resulted in the murder of police officers; even if you kill someone, you are not considered a murderer, but you receive amnesty and join a political wing. No one was killed here; however, protests were held. Why should those who have voiced their will peacefully be prevented from doing so? What stun bomb attack on EULEX are you referring to? Those who are 16 years old and only go to stadiums laugh at this.”

The Serbian president reiterated, among other things, that he anticipates a difficult phase for Kosovo in the coming months. Vucic indicated that international officials will arrive in Belgrade in the first half of January, stating that “great people from around the world will work to normalize relations with Kosovo.”

Commenting on the Franco-German proposal, he declared that he will not travel to Brussels for serious discussions with Albin Kurti, the prime minister of Kosovo. Vucic said that no one was able to “break even the little finger on his left hand, let alone his back” during the negotiations.