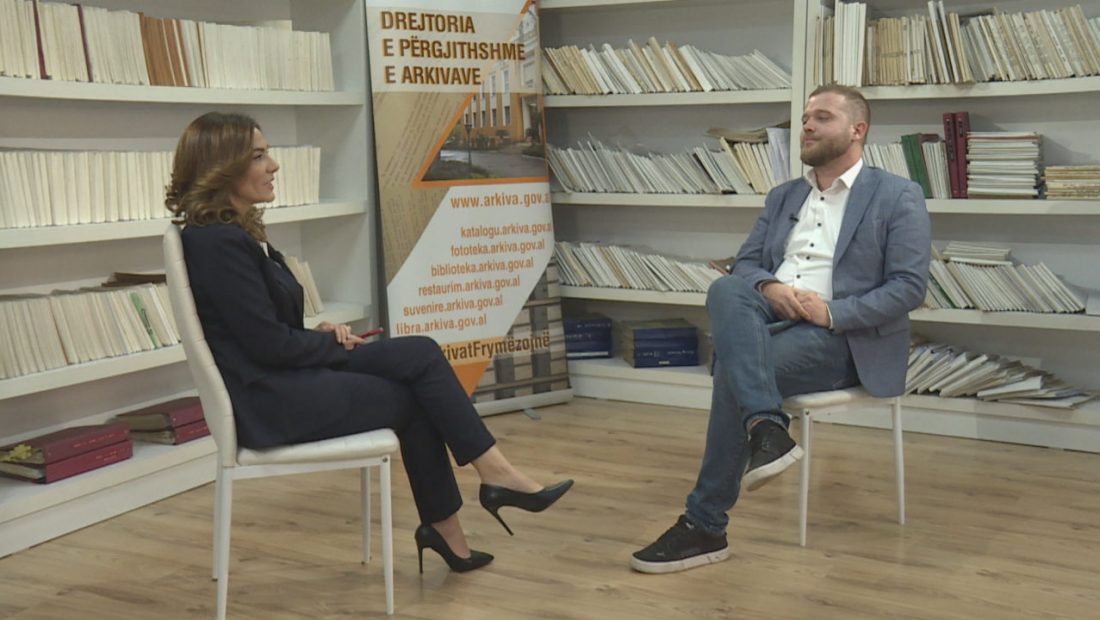 Ardit Bido, the general director of the State Archives, remarked in a “Interview” with Merita Haklajn on A2 CNN that the genealogical tree of Albanians is his most exciting undertaking.

“The Albanian genealogical tree is my favorite project. It is possible, but it will take time and money. I believe that time is more of an issue than money. First, a few bricks must be set. It would be quite intriguing because some people would learn about their ancestors until 1450, while others would learn about their ancestors until 1800 “, Bido explained.

“It would be participatory and accessible to anybody. This takes time, and I don’t have it right now. I believe it is a project that will be completed in 3-4 years “Ardit Bido stated.

Bido showed the advantages of digitalization for the State Archives.

“Digitalization is completed at a third of the previous cost. Every year, we invest approximately in the range of 80,000 euros in digitalization. Not only has the number of researchers increased, but the average age has also decreased, which is a noteworthy improvement. The archive’s average age used to be around 54 years, but it is now in its thirties. This implies that there is room for expansion, according to Bido.

The director of the State Archives said, “We have virtual study rooms dispersed over 50 towns, including Mitrovica, Saranda, Skopje, Tuz, Crete, and Thessaloniki. For a charge, you can remove the online service from your house, and study halls are common in many places.

According to Bido, the Archive’s new multipurpose space—which is not simply a museum—is eliminating the restriction we placed on it to stay within the boundaries of political correctness, seriousness, and merely political inspiration throughout time.

It serves as a conference room, a theater, and an educational space. All throughout the year, schools come here in a planned manner. It’s crucial to have an infrastructure that is flexible. The communication methods you use to interact with the young people who were born in the digital era are crucial. Youth reads less, as we say. Contrary to popular belief, young people read more books than any prior generation. We should reach out to the next generation through their media because we are measuring with the incorrect one. To get to the effective medium, we need to make room for flexible infrastructure and communication routes, according to Bido.

“Students are surprised when they visit the Archive. They will ask, “What do I need this madness for?,” when I explain that this file contains 300 sheets and is a very significant document. They will comprehend if you use many creative forms to convey the meaning. Today’s youth are the country’s only normal youth. Being the most normal of youths, it rejects even nonsense and thereafter turns indifferent. We are the ones who need to end this indifference. There is currently no General Archive Directory on TikTok. We face a dilemma in this regard. I’m sure a lot of people will come out and say, “Look who posted it on TikTok,” but how will you track the new audience in the meantime? Official accounts for the US Department of State are on TikTok and Snapchat, added Bido.