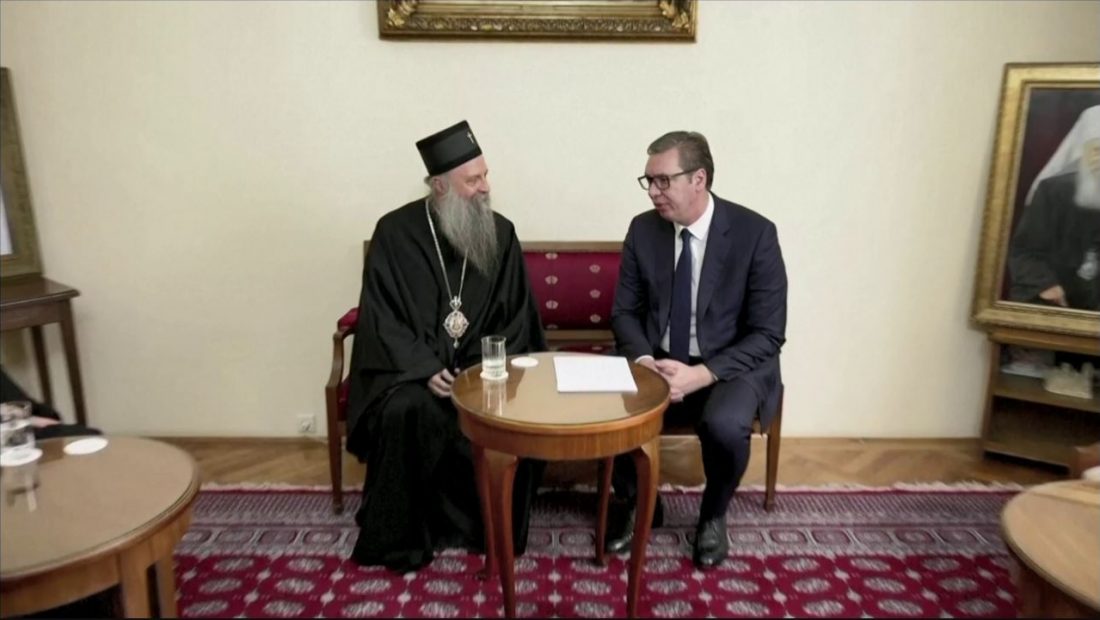 In light of the fact that the Serbs have already established barriers that have blocked the roadways for many days, Serbian President Aleksandar Vucic stated that there was no guarantee that peace would be restored in the northern part of Kosovo.

Patriarch Porfirje, who has been barred from visiting Kosovo since this past Tuesday, met with Vucic. “Have no worries that this situation will end given the way things are moving, the geopolitical context, and the fact that they (the government of Kosovo) want to destroy us specifically because of everything that is occurring between Russia and Ukraine. Even if we are able to overcome this predicament, which I’m not certain will happen – not because we don’t want to, but more because it is hard to communicate with someone who won’t listen to you or engage in any kind of conversation”, Vucic stated.

The Serbian leader claimed to have urged “people who have power in Prishtina” to change their minds and permit the Patriarch to enter Kosovo. He added: “The discussions with the representatives from the EU, the United States, and everyone else are still ongoing. In an endeavor to uphold peace, encourage peace, and find a middle ground. Furthermore, as His Holiness Patriarch Porfirije stated, we have gathered all of our personnel and assets “.

The most recent statistics indicate that around 50,000 Serbs reside in Kosovo’s northern region and that they do not accept Pristina’s sovereignty or Kosovo’s independence from Serbia.