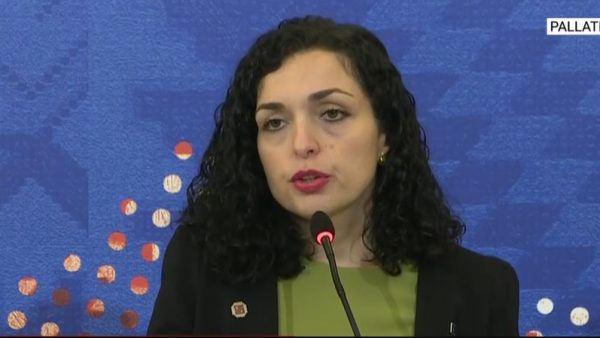 Following the attacks on journalists in the country’s north, Kosovo’s President, Vjosa Osmani, responded with a reaction on social media. Osmani claimed in a tweet that attacks by criminal groups backed by Serbian President Vucic on journalists covering northern Kosovo reveal Belgrade’s actual motives, which are to conceal the truth.

“Attacks by Vucic-backed criminal gangs on journalists covering the conflict in northern Kosovo reveal Belgrade’s actual motivation: to conceal the truth. Although Serbia’s leadership has evolved throughout the 1990s, its objectives have not. They will fail. Democracy and the rule of law will prevail”, Osmani wrote.

Brnabic responds to Osmani: Serbs will win, Kurti will fail

President of Kosovo Vjosa Osmani received a response from Serbian Prime Minister Ana Brnabic on Twitter. The Serbian prime minister ironically responds to Osmani’s status by stating that she entirely agrees with her, but adds that the Serbs are protecting their rights and will prevail, whereas Kurti, in her opinion, will fail.