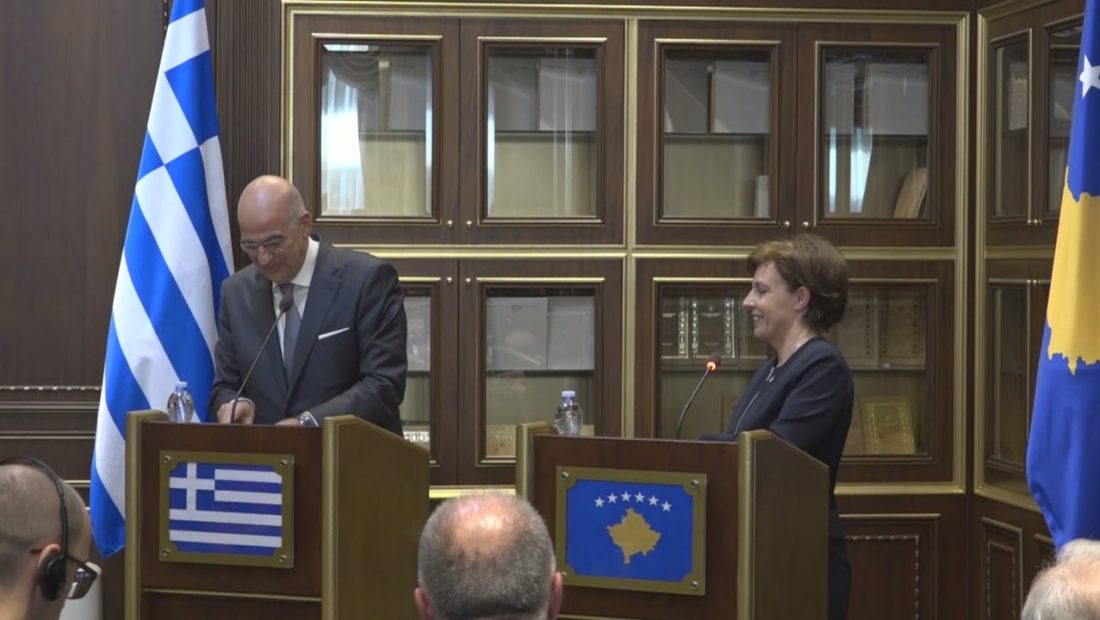 Greece is in favor of the discussion being facilitated by the EU between Kosovo and Serbia. Nikos Dendias, this Greek foreign minister, made this statement while in Pristina. He was received by his counterpart, Donika Grvalla, with whom he discusses a series of problems, including the economy, energy, and Kosovo’s route towards the European Union and NATO. In a news conference, Dendias demanded that the pacts made between Pristina and Belgrade be upheld.

“What has been accomplished thus far must be put into practice by both sides, in accordance with the agreement made last November and backed by the EU to avoid danger and stress. Allow me to add that I sent a similar message to Belgrade “the Greek minister stated.

Gervalla stressed that Greece’s contribution to attempts to defuse tensions with Serbia is essential.

In terms of their foreign policies, “The Greek Republic and the Republic of Kosovo are on the same line, the European Union and NATO, the same and unambiguous view on the war in Ukraine, a clear position on the peaceful settlement of problems and discussion instead of threats, collaboration instead of hurdles,” Gervalla stated.

A disagreeable incident occurred during this visit when the Greek minister refused to hold the conference and take pictures in front of the Republic of Kosovo’s emblem. In spite of the fact that ties between the two nations are so positive that liaison offices have been set up, Greece still does not recognize independence.