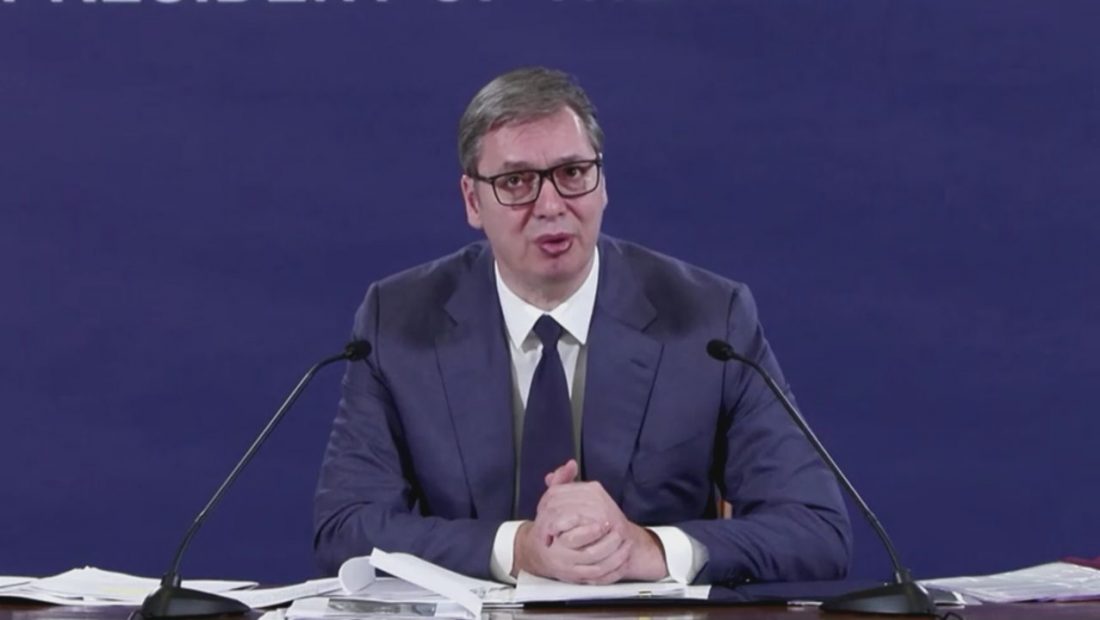 The President of Serbia, Aleksandar Vucic, has not changed his stance about sending Serbian troops to Kosovo, despite international warnings that this is unacceptable, tensing the situation in Kosovo’s north and the delicate relations between the two nations.

He has announced that on December 15, he will propose that the NATO operation in Kosovo, KFOR, transfer up to 1,000 Serbian security soldiers to the country.

Part of the letter that the Serbian government would write to KFOR in accordance with the current resolution 1244 has been made public by the Serbian media. The letter will ask KFOR to permit the deployment of Serbian soldiers in Kosovo.

The request explains why, according to Serbia, the entry of Serbian security forces is required, while the head of the international military mission, Angjel Rustuçi, has been handed six lengthy attachments with data on the “vulnerability” of Serbs in the north.

Tensions in the north of Kosovo remain high, with road barricades blocking two border crossing points in Serbia, and schools in the area are shuttered.

Members of the Kosovo Police continue to patrol in mixed-population districts in the north of Mitrovica, providing protection and order to all without difference.

Serbian criminal organizations built roadblocks at the two border crossings with Serbia, Jarinje and Brnjak, on December 10 in protest over the arrest of former Serbian policeman Dejan Pantiq by Kosovo law enforcement forces.

He is suspected of planning a terrorist assault against the Central Election Commission (CEC) offices in northern Kosovo.

Albin Kurti, Kosovo’s Prime Minister, has stated that he expects NATO’s peacekeeping organization, KFOR, to dismantle the barriers in the north. Meanwhile, Xhelal Sveçla, the Minister of Internal Affairs, stated that the Kosovo Police has the required capabilities to act in this regard.

The US embassy in Pristina and the embassy in Belgrade have also called for the dismantling of the barriers, claiming that Pantiq’s arrest is being exploited as a reason for unlawful obstructions.