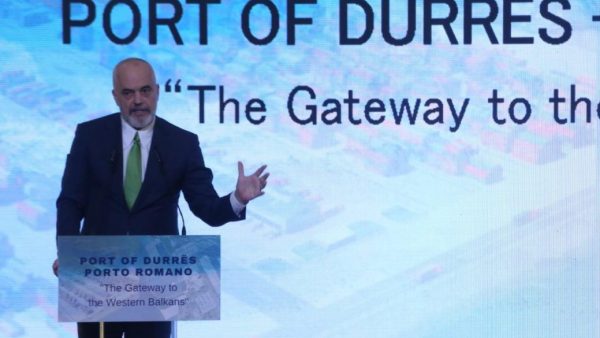 During the presentation of the Dutch studio “Royal Haskoning DHV’s” idea for the new Commercial Port of Durrs in Porto Romano, he greeted Kurti, who he claimed was unable to attend due to responsibilities.

Roads leading to the Jarinje and Brnjak borders remain closed, and lessons in elementary and secondary schools in Kosovo’s four northern towns are not being held today, according to reports. Additionally, stores in the northern part of Mitrovica were observed closed this morning. Members of the Kosovo Police continue to patrol in mixed-population districts in the north of Mitrovica, providing protection and order to all without difference.