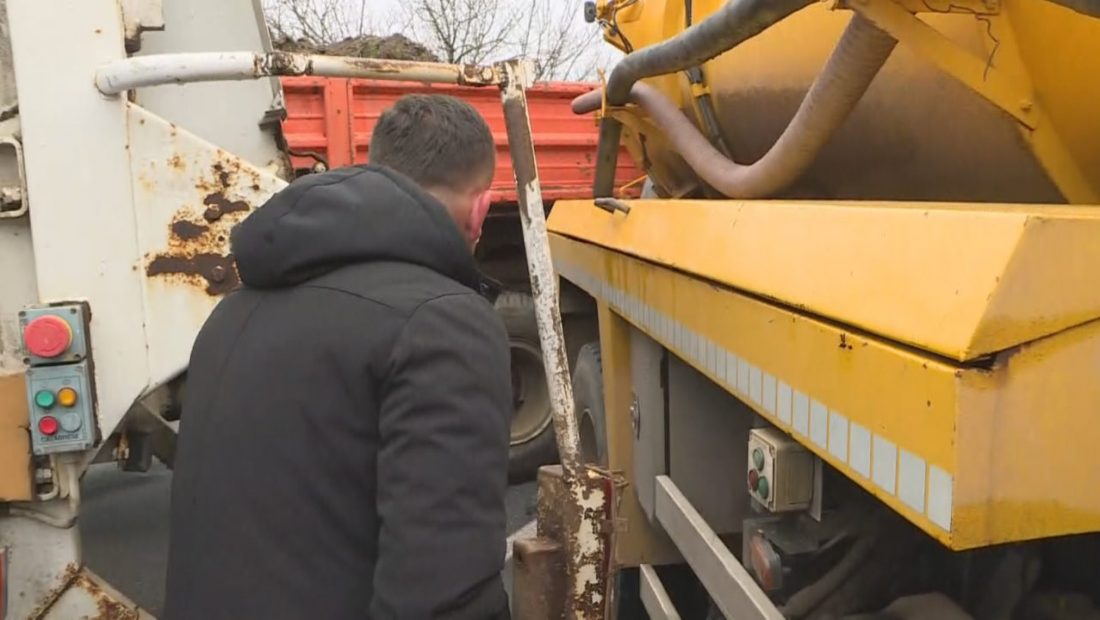 A2 CNN has traveled to Mitrovica’s northern barricades, which the Serbs have erected in an effort to obstruct both vehicular and pedestrian passage. Rudare has the first roadblock with high tonnage vehicles, which is located about 5 kilometers from the Kosovo police checkpoint. Buses and other vehicles are parked behind them.

Julian Kasapi, an A2 CNN journalist, and Sokol Qafleshi, the operator, were able to make it a short distance across the blockage and bring back images of what was happening in the area of Kosovo that had been experiencing stress in recent days.

Another explosion was heard in the neighborhood throughout the night, which alarmed the locals. Unknown, masked individuals threw the explosive device close to the technical school in Mitrovica, and they then rapidly fled the scene.

While Kosovo Police personnel have surged at the crossroads in the Bosnian Quarter, EULEX units have remained close to the school. The explosion is believed to have been produced by a stun bomb, according to preliminary data, and as a result did no harm. Serbs with trucks and buses are currently blocking the road to Jarinje in the villages of Rudar and Brnjak.

This Monday marks the beginning of a two-day visit to Kosovo by Derek Chollet, a consultant for the American State Department, and Gabriel Escobar, the country’s representative for the Western Balkans. In addition to Kosovo, Chollet will visit Serbia, Bosnia and Herzegovina, North Macedonia, Montenegro, Croatia, and Belgium from December 11 to 17, according to a DASH press release.

The visit follows that of Miroslav Lajck, the EU representative for the dialogue between Kosovo and Serbia, who stayed in Pristina and Belgrade to meet with the leaders of the two republics. Lajçak claimed that the need for the normalization of ties between the two close neighbors was reiterated during his meeting with Albin Kurti, the prime minister of Kosovo. There is “no more time to lose,” he stated, adding that they are working on the problem of standardizing reports.