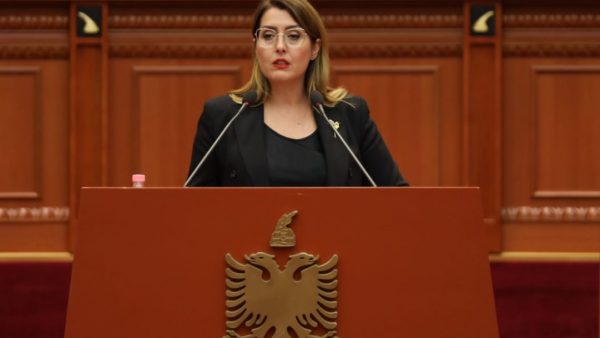 Ogerta Manastirliu, the Minister of Health and Social Protection, stated that due to the change in the contract with the Pfizer company, which is being discussed in the Parliament, new anticovid vaccines, doses of adapted vaccines, including 9 new variants of Covid19,  are now able to arrive in our nation.

The contract modification with the Pfizer BioNTech firm enabled us a recalculation and provision of 700,000 COVID-19 vaccinations, adapted according to 9 variations, which are adapted as bivalent booster doses, including the ba.1 variant and those ba.4/ba.5, as well as the doses of vaccines adapted for children, which have already come and began not only with the administration but also with application.

Manastirliu stated that the flu vaccine for vulnerable populations is progressing quite well while discussing the nationwide immunization campaign this season.

“We have ensured and are facilitating access to flu vaccine in accordance with the advice of the WHO and other international experts. This vaccination, which is provided without charge to more than 230,000 persons, is a technique to bolster immunity against viruses in preparation for the winter months. It turns out that 196 thousand people have received the seasonal flu vaccine as of today “, Manastirliu stated.

Over 4.1 million doses of the covid-19 vaccine have arrived in the nation since the immunization campaign began in January 2021, and over 3 million and 5,000 doses have been delivered, with an administration/absorption ratio of over 70%.