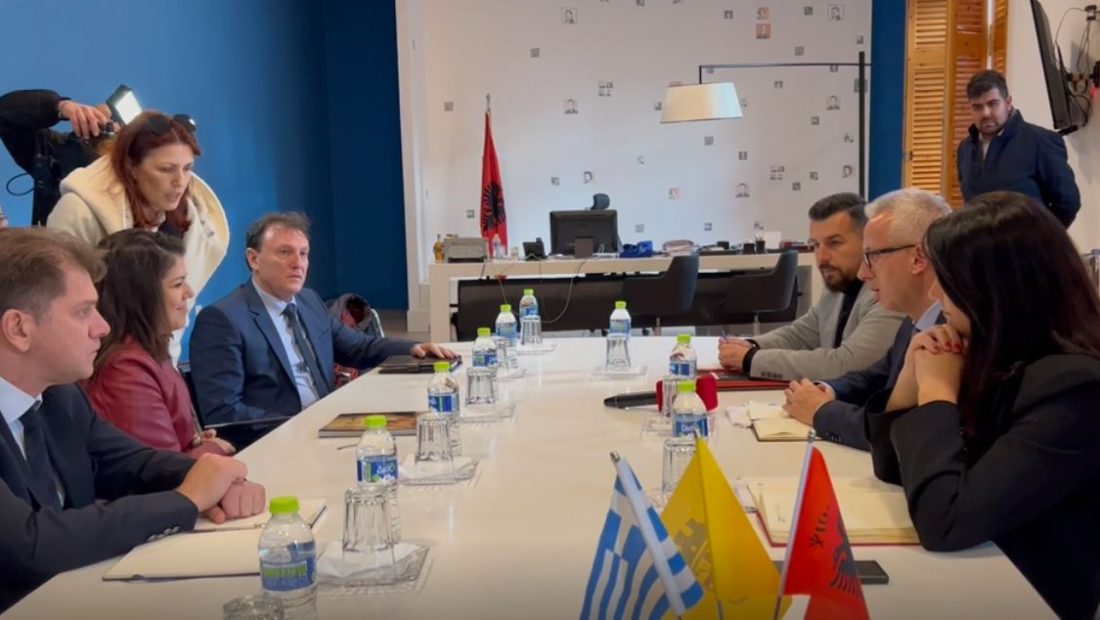 After meeting on December 7, both the Prime Minister of Albania, Edi Rama, and his Greek counterpart, Kyriakos Mitsotakis, stated their intention to begin working together as soon as possible.

This was stated by Greece’s envoy, Konstantina Kamisti, at a meeting with Korça Mayor Sotiraq Filo.

The envoy also stated that the two prime ministers discussed the progress of procedures at the court in The Hague to settle various matters concerning the partition of maritime borders.

When asked about the cancelation of Mitsotakis’ journey to the south, the ambassador stated that he will return this year with Rama.

Regarding the chaotic scenario that is produced at the border points of Kapshtica and Kakavija during the holidays, Ambassador Kamisti stated that she will prioritize the matter.

“Thank you for notifying me; I will look at customs to see what the problem is in this situation, and I hope that our Albanian friends will not have any problems at customs; I will look into it as soon as possible,” stated the Greek ambassador.