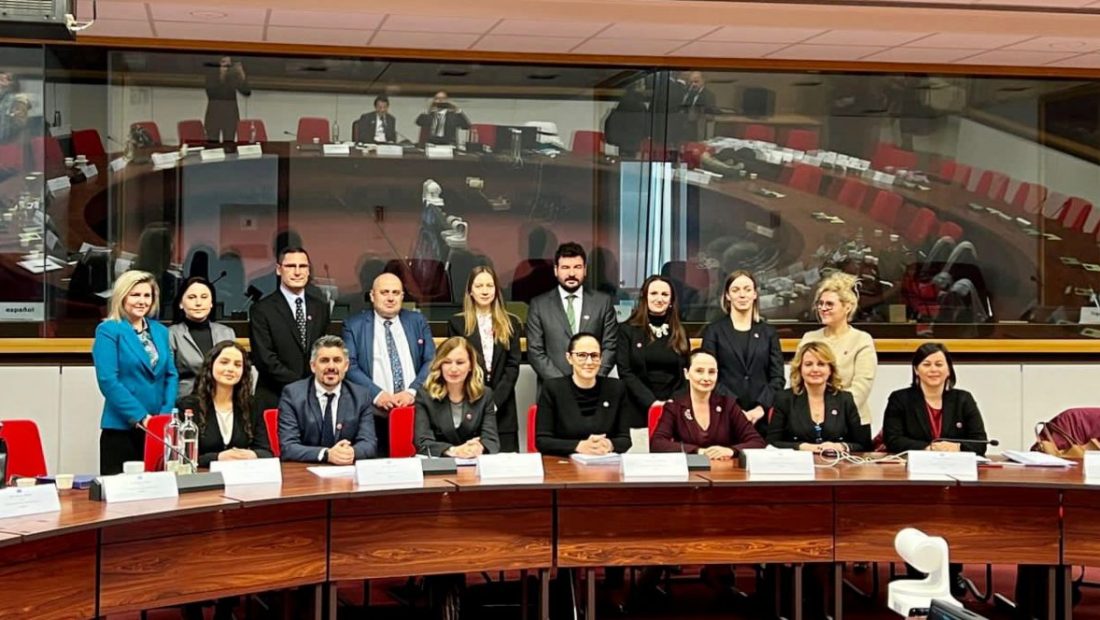 In the scope of integration, Albania and the European Union held their first bilateral conference in Brussels on the Economic Criterion and Chapter 32 “Financial Control.” The Albanian delegation was led by Minister of Finance and Economy Delina Ibrahimaj, who underlined the Albanian government’s determination and commitment to fulfilling all requirements for the country’s complete integration into the European Union, as a key strategic goal.

Initially, the Minister provided a brief overview of the country’s economic situation, emphasizing that the country’s economy has fared relatively well in the face of the recent global shock in the supply of energy and some basic goods, especially in light of the problems that the vast majority of the world’s economies are experiencing.

Macroeconomic stability has been maintained pretty successfully, and the country’s public finances are under control, according to Ibrahimaj, who also stated that the government remains dedicated to mitigating the impact of the current crisis on the most vulnerable segments of society.

Similarly, the Minister stressed that the government remains dedicated to continued fiscal consolidation, with the goal of constantly lowering the public debt-to-GDP ratio, in full compliance with the fiscal rule of debt constraint.

“In the next medium-term period, we will continue with key reforms in public finances, both in terms of revenues and expenditures, to promote fiscal consolidation, and to provide enough fiscal space for financing requirements additional in priority sectors and especially in human human capital, also in line with the applicable suggestion made by the Commission and reiterated in the policy guidelines of several previous rounds of our joint dialogue,” said Ibrahimaj.

The Minister gave a presentation on Albania’s obligations to aligning its domestic legislation with that of the EU in regard to Chapter 32’s “Financial Control.” Some concrete financial control procedures have been implemented, including the following:

• The drafting and implementation of a comprehensive strategic framework in accordance with international standards and best practices in the EU, with the goal of defining a modern, adequate, and effective system of internal public financial control, as well as the use of new approaches to boost the effectiveness, responsibility, commitment, and motivation of public personnel;

• The functioning of an independent external audit body from the institutional, operational, and financial perspectives, which applies auditing in accordance with the International Organization of Supreme Audit Institutions norms and assists the Parliament in effective accountability and evaluation;

• Protecting the EU’s financial interests against fraud in the handling of EU funds by creating and implementing a legal framework in compliance with EU acquis requirements and establishing strong coordination with OLAF on reporting of investigative cases;

• Development and implementation of a regulatory framework, primarily tailored to meet the criteria of the acquis, to ensure the fundamental conditions for the safeguarding of the euro against counterfeiting.

The Minister also highlighted that, as part of the integration process, institutional interaction with civil society, business, and academia has grown.

The group of MFE experts and other institutions involved in these chapters, led by the Negotiator of Chapter 32 “Financial Control” and the Economic Criterion, Adela Xhemali, Deputy Minister of Finance and Economy, delivered important presentations on what has been achieved so far for them.

Albania has already begun a significant phase, with the beginning of negotiations for EU membership. The Ministry of Finance and Economy directs 13 chapters and two chapters with co-negotiation in the European Integration process, as well as the Economic Criterion.