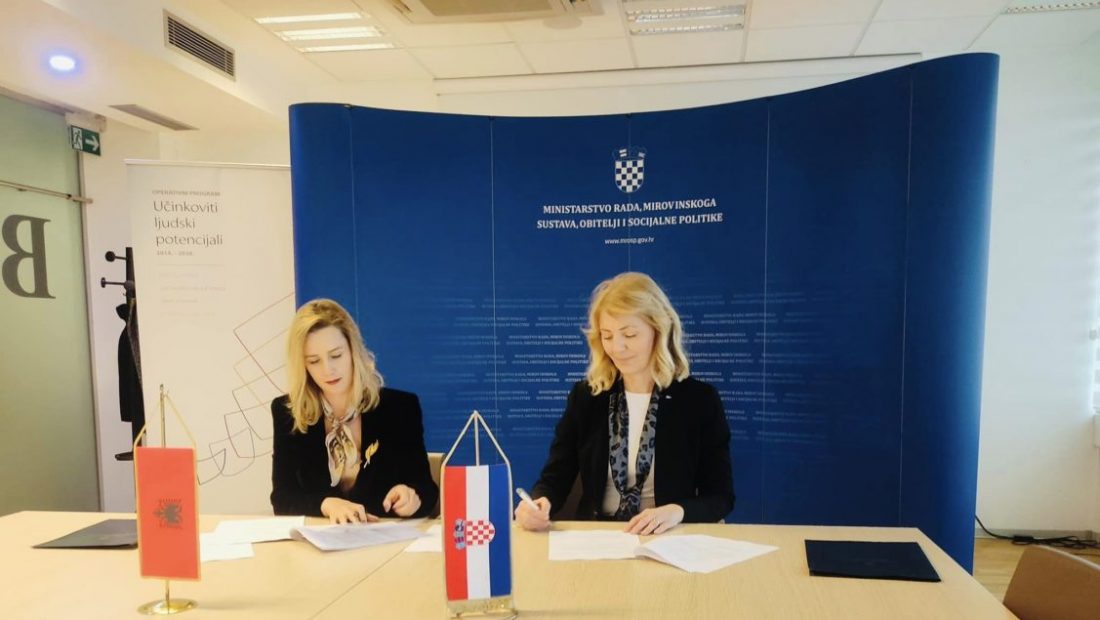 Albania has accepted the agreement on social security with Croatia. According to the Ministry of Finance and Economy, this agreement will go into effect as soon as it is ratified by the parliaments of both nations, and it is predicted that around 3000 Albanian citizens will benefit.

“In the realm of social security, our two countries’ Framework Agreement and Administrative Agreement were effectively finalized in Croatia. This agreement, which will enter into force after being adopted by the respective legislatures, will benefit around 3000 Albanian citizens. Mrs. Olta Manjani, Deputy Minister of Finance and Economy, led the Albanian mission, while Mrs. Melita Cicak, Director of the Pension System, led the Croatian delegation. We are committed to defending Albanian citizens’ rights in order for their work to be recognized and protected by law “The Ministry of Economy and Finance has announced.

Meanwhile, in July of this year, Albania and Italy reached a technical agreement for the recognition of pensions between the two countries, and negotiations for pension recognition with Greece began in September.

“Albania and Italy have just completed technical negotiations on a pension agreement. After the technical process is completed, the processes for ratifying this agreement will be followed, and finally, after a long and nearly impossible struggle, around 500 thousand Albanians are expected to benefit from its coming into effect “, Rama writes.

Through a social media post, the Ministry of Finance and Economy announced that it has begun technical conversations with Greek authorities for the recognition of pensions, a step that would assist to recognize the years of work for thousands of Albanian residents in the Greek state.

According to the release, a delegation from the Ministry of Finance and Economy and the Institute of Social Security is in Athens, holding enlightening discussions regarding the social security schemes enacted by both countries.

“This is a major step that demonstrates the parties’ commitment to sit down at such discussion tables aimed at achieving and finishing the mutual agreement between Albania and Greece, so much desired and expected by our compatriots,” the announcement says, among other things.