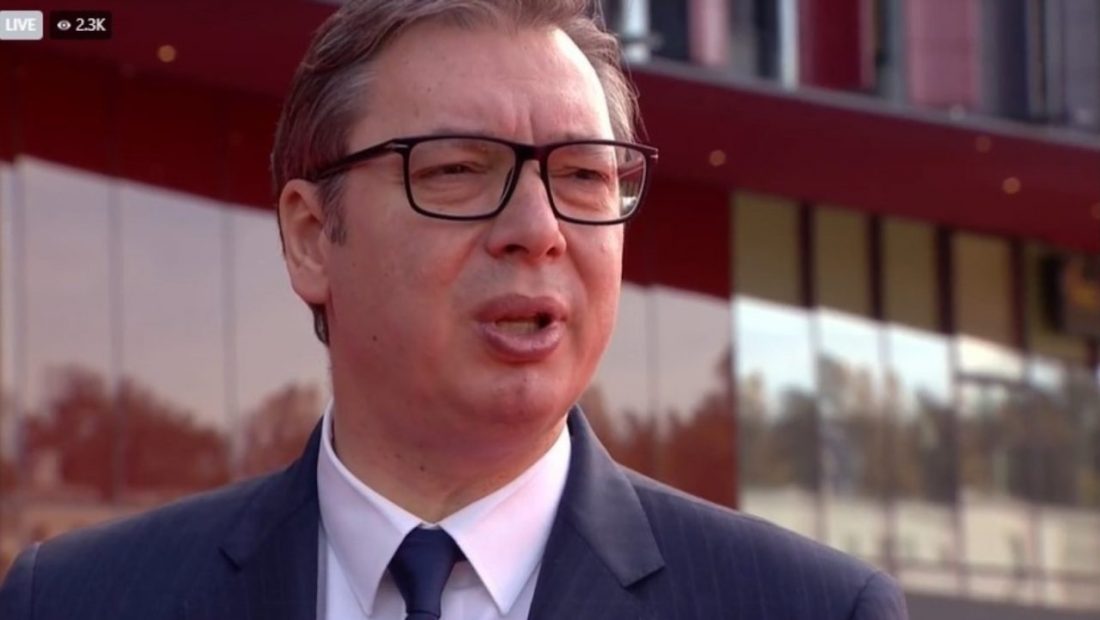 Serbian leader Aleksander Vucic was among those in attendance at the EU Summit with the leaders of the Balkans, which is taking place in Tirana. After a brief conversation with Prime Minister Edi Rama, Vucic revealed to the media the reasons for his visit to the Albanian capital.

We initially stated that we would not attend due to a variety of different viewpoints and some semi-official reactions regarding Kosovo. However, in the end, following consultations we held within the government, we decided to come here to discuss the issues, and what to do do regarding dialogue and EU negotiations , but at the same time we must protect the interests of our country, in accordance with our Constitution”, Vucic declared.

Vucic appeared pragmatic when speaking about the summit’s expectations. “I’m not saying I don’t have hope; I’m here to learn and listen to what others have to say, and ultimately present Serbia’s perspective. Receiving good news is crucial; especially the EU support for energy and roaming fees. This is advantageous for Balkan residents, and we will learn more about the EU’s long-term plan as a result.

The sensitive status of Belgrade as Moscow’s only ally in the Balkans will be a hot topic in the discussions.

“Serbia is an independent country, and we are aware of our responsibility for harmonization with decisions made by the EU. However, we have a distinct scenario with the territorial integrity of Serbia, which was scandalously violated in 1999 and 2008, and we will discuss it today.” He also utilized a philosophical reference to explain the situation.

“Those who criticize us for this should remember that Serbia is close to Russia. According to the philosopher Leibniz, criticism is a justification when you have no arguments. It was alleged that we were carrying out Moscow’s orders to destabilize the Balkans, but we have disproved this with actions. It is simple to disprove any form of deception, but the truth always comes out; we are on the European route and we will stay there.