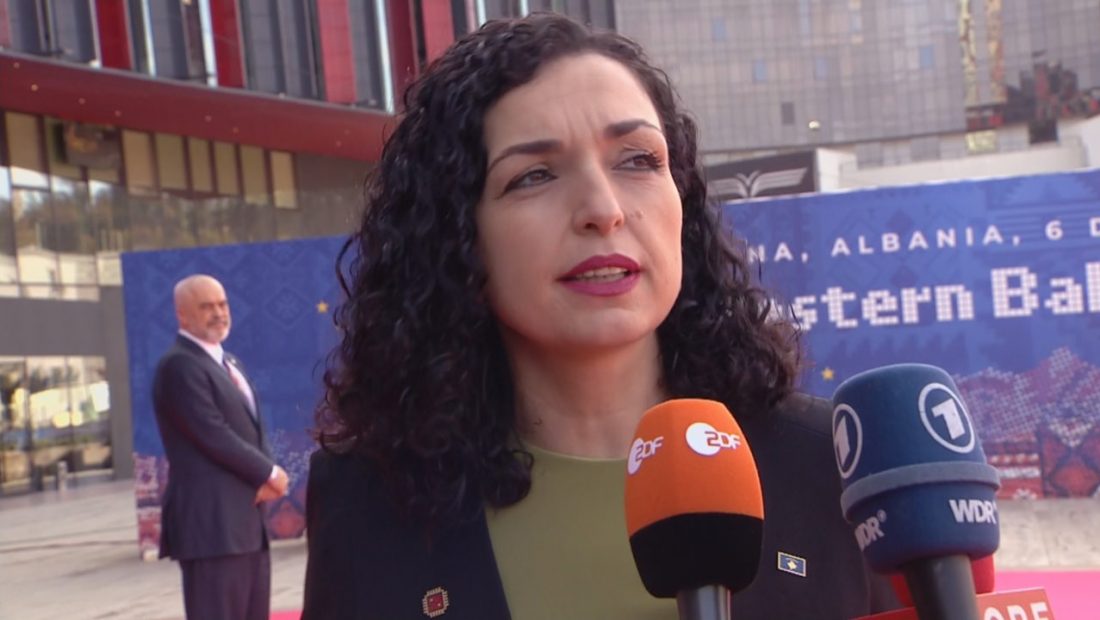 The European Union needs to start acting on its commitments. Before the summit began in Tirana, the president of Kosovo, Vjosa Osmani, spoke to the EU leaders. She asked for the member nations’ support in easing visa requirements for Kosovo while highlighting her country’s alignment with European principles.

“I’m glad to be in Tirana for this summit because it’s a very significant event. I’m hoping that the remarks and conclusions would demonstrate the EU’s unity in favor of an expedited procedure for the Western Balkans. I’m here as the head of a nation that supports Europe. With complete alignment with the EU, both in terms of the sanctions against Russia and also with the rejection of any negative influence, such as Russia or China, we have demonstrated this commitment to the EU’s ideals in every action we have taken. The EU must act in accordance with its words. In addition to visa liberalization, Kosovo will submit its application to the EU at the end of this year, as will be announced today, so I hope for the members’ support in this “.

It is not the appropriate setting for talks and negotiations with Serbia, Osmani said.

“Discussions about the dialogue between Kosovo and Serbia are not appropriate here. It is a distinct procedure that Brussels is mediating. The process will be founded on mutual recognition, with the goal of preserving Kosovo’s territorial integrity, sovereignty, and constitutional system. Albania and North Macedonia have moved forward with the accession process. The EU ambassadors have also decided to support Kosovo’s request for lifting the visa regime. We will urge the leaders to vote at the Council meetings in order to send a clear signal to the Western Balkan countries “.

The President of Kosovo accused Vucic of having an outdated mentality that sows war and conflict, which is polar opposites to Kosovo’s attitude.

“Vui represents the continuation of a 90s mentality in Serbia. This kind of thinking caused conflict, devastation, and death. Everyone should reject this way of thinking. What Kosovo has shown has been the opposite of Vučić”