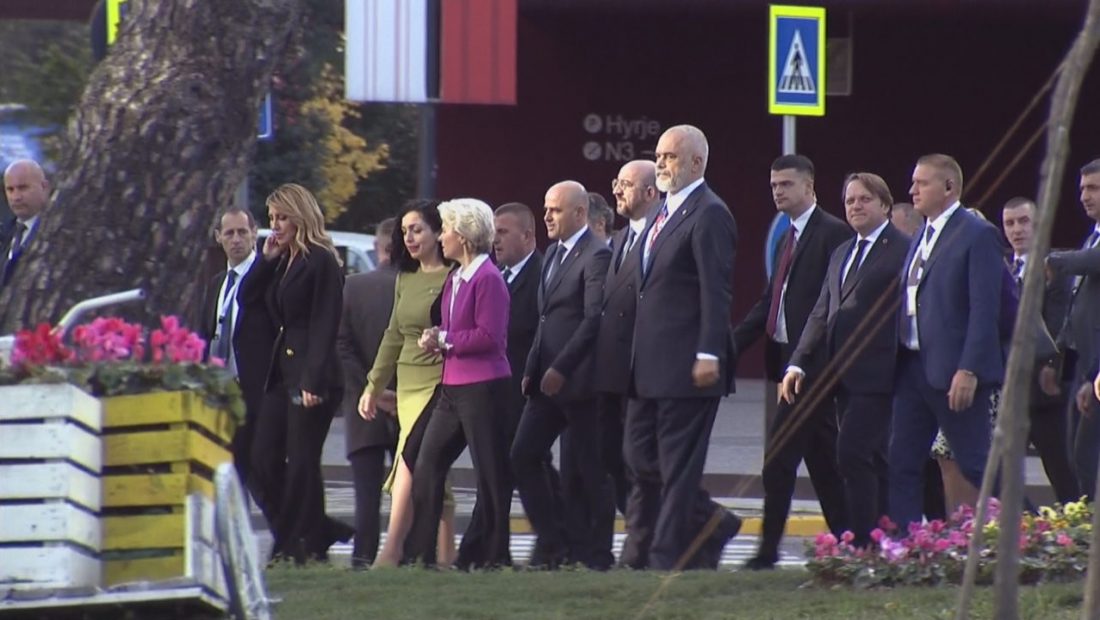 The EU-Western Balkans summit is taking place today in Albania, where the heads of the 27-nation bloc and the six countries of the Western Balkans will meet with European Commission and European Council officials. For the first time in the country’s history, a summit of this magnitude will be hosted in Tirana. According to government authorities, this is a historic moment.

Its primary issues will be the war in Ukraine, migration, the fight against terrorism and organized crime, as well as improving security to resist against outside intervention.

The president of Kosovo, Vjosa Osmani, was among the politicians that came in the Albanian capital on Monday. Although the president of Serbia, Aleksandar Vucic, stated a few days ago that he would not attend the summit, on Monday afternoon he confirmed his attendance.

The State Police has “armored” the capital to bolster security measures. A portion of the highways will be closed, and there will be detours for certain Tirana interurban axis.

The Tirana Police Department has announced that the closure of these axes will begin at 6:00 a.m. on Tuesday and last until 18:00 p.m. Beginning at 2:00 p.m. on December 5, a security perimeter was erected along certain streets.

Tuesday’s session will occur in the midst of protests headed by former prime minister Sali Berisha, who accuses the Rama government of corruption and inaction over mass immigration.

The demonstration will be conducted at 12:00 p.m. in front of the Prime Minister’s Office, according to Berisha. Even though the police denied authorization for the demonstration, the democratic leader announced that opposition supporters will fill the streets and squares of Tirana.