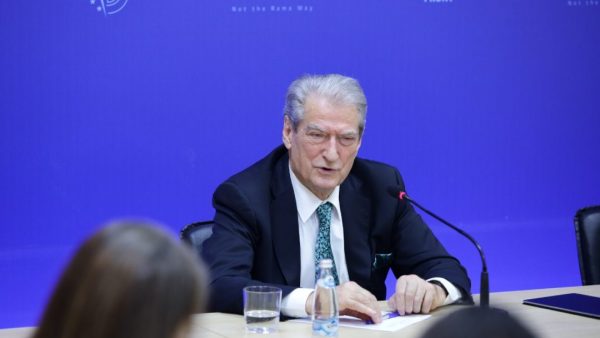 Sali Berisha, the DP leader, accused the British ambassador in Tirana of defamation during the weekly press conference. Alistair King-Smith, according to Berisha, has deceived his own government on the basis of corruption.

“Alistair King-Smith deceived his government on the basis of corruption, but the UK is transparent.

“And the British authorities refuse to acknowledge that we have facts, which they do not. They have an official, legal avenue through which they can pursue the matter.

“I have found those channels them and will make everything public to all Albanians. At the appropriate time.

“Albanians will see what low-level deception has Ambassador Alistair King-Smith done to his government.

“I don’t fight for myself; I fight for Albanians first and foremost. Ambassadors are persons who work hard to develop bridges and cooperate, but also to provide information. The deception that Alistair King-Smith has done to his government shames every human being. I’ll inform the Albanians. I am aware of it, but I want Albanians to be aware of it as well “Berisha stated.

Moreover, the DP leader stressed that “one of the major difficulties of this mafia in power is the suitcases of euros that it distributes to buy comments, choices, and to distort reality.”