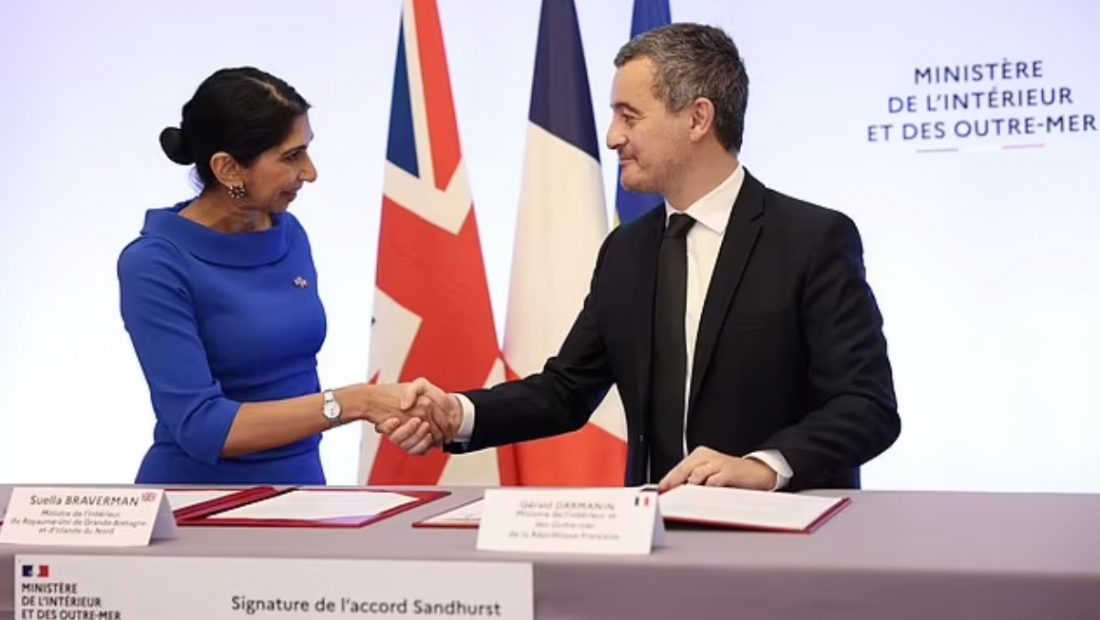 A new deal between the UK and France aims to stop illegal immigrants from entering the island through the English Channel.

A £63 million package for French authorities is included with the agreement that secretary Suella Braverman signed; this money will be used to increase patrols on beaches where migrants depart.

Additionally, British personnel will be stationed in France to stop the passage of small boats, which have been used by more than 40,000 people, including some Albanians, to enter Britain in the previous year alone.

Britain and France have also decided to work more closely with their European allies on this matter, and a meeting will be set up as soon as feasible.

However, because Paris rejected the idea, there won’t be any joint patrols between French and British officers.

This morning in Paris, Braverman signed the contract beside Gerald Darman, the interior minister of France.