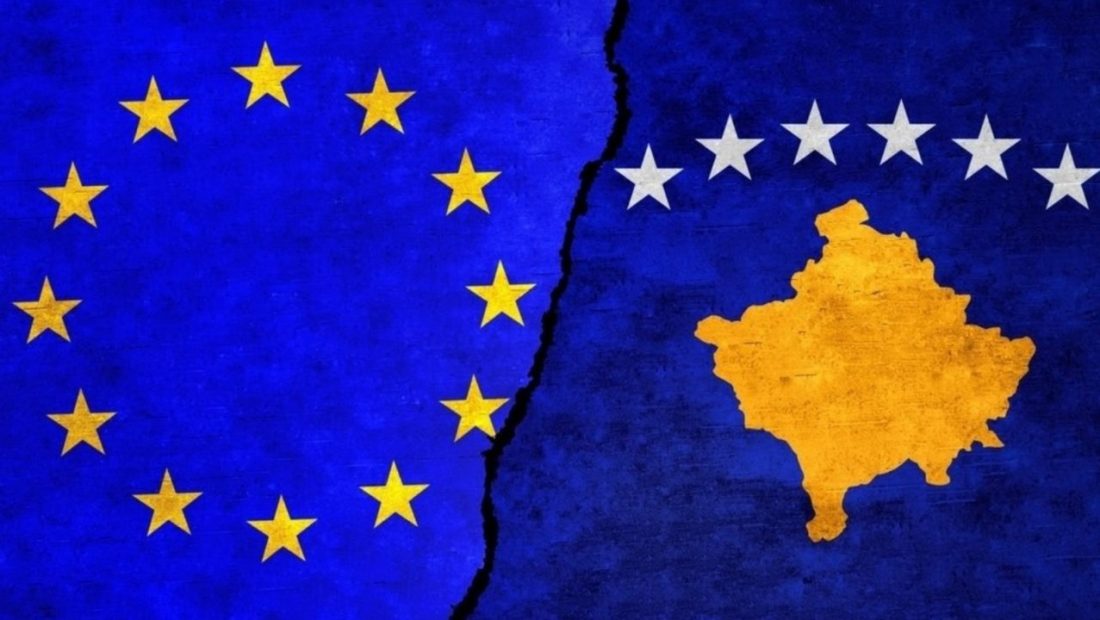 In response to inquiries from A2 CNN, Peter Stano, the EU’s chief spokesperson for Foreign Affairs and Security, stated that the Constitutional Court of Kosovo’s decision did not exclude the formation of the Association of Municipalities with a Serbian Majority.

In addition, Stano emphasized Kosovo’s commitment to establish this Association under the terms of the agreement it made with Serbia in Brussels. “Kosovo agreed to create the Association/Community of Serbian Municipalities. All parties concerned entered into this arrangement in good faith. The deal is still on the table “Stano explained in an email answer.

According to the EU spokeswoman, the 2013 agreement was confirmed by the Kosovo Parliament with a qualified majority of 2/3, and so Kosovo accepted an international obligation to implement it.

As regards the question made by A2 CNN, whether the EC accepts the ruling of the Kosovo Constitutional Court, which found that more than 20 points of the agreement went against the country’s constitution, Stano said that this observation is not accurate.

During a press conference on Monday, Peter Stano stated that Kosovo is bound by law to take immediate steps to establish the Association of Municipalities with a Serbian Majority. Stano said that if this obligation isn’t met over and over again, it goes against the rule of law in Kosovo and hurts the country’s reputation and credibility.

This criticism comes as the EU fears an escalation of the situation in Kosovo, as the war in Ukraine enters its ninth month. “Right now, the most important thing is to stop things from getting worse on the ground. We have seen very serious escalation and developments in the last few days, putting years of hard work and achievements at jeopardy. This has ramifications not only for Serbia and Kosovo, but for the entire region “Stano stated.

The European Union’s constant requests for the establishment of the Association, as well as criticism of Kosovo’s delay in completing the agreement in question, have heightened in recent months, when tensions between Serbia and Kosovo are likely at their greatest point in the last decade. The EU and the US asked Prime Minister Albin Kurti for a second 10-month extension of the deadline for replacing illegal license plates on Serbian vehicles in Kosovo. This request was turned down, but the international community is also putting pressure on the creation of the Association, which will take longer to happen.

The Association/Community of Municipalities with a Serbian Majority does not have a universally agreed definition. Official interpretations varied not only between the two participating governments, but also between institutions and international organizations.

For example, Wikipedia says that it is an association of 10 municipalities in Kosovo where Serbs are the majority. These municipalities will have full control over economic development, education, health, and urban and rural planning. Local and international news stories also use this interpretation.

The Association Agreement acknowledged two levels of approval. In April 2013, Kosovo and Serbia made their first agreement toward normalizing their relationship through a dialogue that was facilitated by the European Union. The establishment of the Association/Community of Municipalities with a Serbian Majority was a key component of the “normalization” process.

The second and final agreement was completed in August 2015, along with three other major agreements on telecommunications, electricity, and the reopening of the Mitrovica bridge over the Iber River, which had previously been blocked by a local Serb building. self-proclaimed “Bridge Guards”

Hashim Thaci was the country’s Prime Minister when the first agreement for the Association of Municipalities with a Serbian Majority was signed. Its second round carries the signature of Isa Mustafa, who succeeded Thaçi as Kosovo’s prime minister.

In 2015, Prime Minister Mustafa stated, “The association of municipalities with a Serbian majority will not have any executive rights.” Thaçi, who had recently been appointed Foreign Minister in the LDK-PDK coalition government, claimed that the agreements were “completely in compliance with the Constitution and regulations of Kosovo.”

Despite such assurances, the President of Kosovo, Atifete Jahjaga, approved the agreement to the Constitutional Court in October 2015. According to the President’s office, Jahjaga has requested that the Constitutional Court “examine the compatibility of the principles for creating the Association with the Constitution of the Republic of Kosovo.”
Jahjaga made this decision through an inclusive process that included talks with leaders of all parliamentary political parties, the country’s institutions, and civil society. The purpose was to end the political crisis and blockade of the Assembly’s work by the opposition, led by the Vetvendosje Movement, which was fiercely opposed to parts of the Brussels agreements. The association was in the epicenter of these contradictions, which lasted until the constant use of tear gas inside the Assembly of Kosovo’s hall, rendering parliamentary advancements impossible.

The Vetvendosje movement, which is currently in power, believes that the Association would create a state of Serbia within the state of Kosovo, causing the country to be ” Bosniaized,” referring to the fragmented and dysfunctional state of Bosnia and Herzegovina.

Two major points stand out in the Constitutional Court’s decision in response to President Jahjaga’s case. First, the court rejected the view of the President’s Office, which held that the Agreement was a legal act. Second, the court found 23 elements that were either not in conformity with the constitution or raised concerns about their constitutionality.

These issues are discussed in depth in an analysis titled “Clumsy Juggling: Constitutional Uncertainty, Political Instability, and the Endangered Rule of Law in the Kosovo-Serbia Dialogue” by expert Bodo Weber. Weber also notes in this 2016 study that the Constitutional Court’s decision leaves room for ambiguity and does not answer several key concerns about the structure of the Association.

Vjosa Osmani, then-Speaker of the Kosovo Assembly, responded angrily to the EU emissary’s statement. She stated that Lajçak had misinterpreted a position she had expressed with him regarding the Kosovo Constitutional Court’s decision on the Association Agreement, among other things.

“What [Lajcak] said in Serbia is completely false. As Speaker of the Assembly, I never said in the meeting that the Association should be established in accordance with the 2015 agreement, but rather that the Constitutional Court’s judgment should be respected “Osmani told the reporters in Pristina.

In April of this year, US Special Envoy for the Western Balkans Gabriel Escobar stated that the formation of the Association of Municipalities with a Serbian Majority should be in compliance with the Kosovo Constitution and should not jeopardize the country’s state integrity.

This approach is consistent with the firm stance of Kosovo Prime Minister Albin Kurti, who maintains that the Constitutional Court has already provided an answer to the existing arrangement for the Association. “I believe that we should keep in mind that constitutionality and legality, even with the ruling of the Constitutional Court… but also our public interest,” he remarked on July 31 of this year.

Kurti made this remark during a press conference during tensions with Serbia, when what Pristina refers to as “parallel structures of Belgrade” blocked several major roads in the country’s north, and there were reports of gunfire aimed towards Kosovo Police.

The cause for this was the Kosovo government’s enforcement of reciprocity on travel papers and vehicle license plates following the expiration of prior accords made with the intervention of Brussels.

Kurti and his government are now facing a more serious and unexpected problem. The refusal to extend the deadline for replacing illegal license plates on Serbian vehicles in Kosovo has resulted in the mass resignation of lawmakers, ministers, mayors, police officers, and the vast majority of other Serbian minority officials from Kosovo’s state institutions. There have also been claims in the media that some of these officials have been threatened to retire, and there have been proven examples of civilians of the same ethnicity having their cars destroyed after changing their old license plates with official ones.

According to Kosovo’s Prime Minister, Serbia is provoking these episodes in the north because it violates the so-called ” Franco-German Plan ” for the two nations’ final accord. He claims that the incidents had nothing to do with license plates, the Association, or the dismissal of a northern Kosovo police head.

Kurti relies on the rule of law to explain his policies, which contradict international pleas for compromise. The rule of law is one of the EU’s essential cornerstones in its ties with Kosovo. However, such concepts are not followed in practice.

Indeed, the country’s western allies have not questioned the legality of the Kurti government’s policies. In response to the latter, and despite its formal desire to join the European Union, Serbia has gathered military forces on the border with Kosovo, is openly consulting with Russian and Chinese ambassadors about the situation, and is conducting exercises with weapons purchased from these two countries.

In the face of this potentially escalating situation, both the European Union and the President of Serbia have grown increasingly insistent on the formation of the Association of Municipalities with a Serbian Majority.

In August, Aleksandr Vucic disputed the Kosovar side’s constitutional grounds, stating that the Association cannot be a non-governmental organization: “Why do we care what is stated in their constitution, which we do not recognize?”