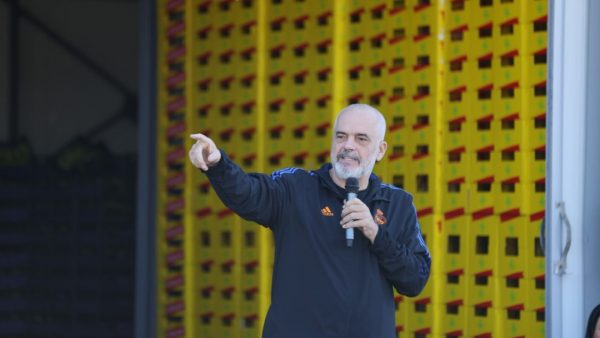 Prime Minister Edi Rama replied after learning that the British government is developing legislation to deport illegal Albanian immigrants who arrive on the island.

According to this plan, Albanian emigrants would return to their home country within a few days so that they do not have time to seek asylum, as Albania is regarded as a secure nation and emigrants from this country may only profit from the status of asylum seeker in extremely exceptional circumstances.

However, Rama stated “Targeting Albanians as the source of crime in Britain and border difficulties (as some shamelessly did when campaigning for Brexit) is simple rhetoric that misses a significant truth. It is insane to keep doing the same things and expecting different results. Einstein is cited “.

“70% of the 140,000 Albanians who immigrated to the UK came from Italy and Greece. One thousand of them are businesspeople. Albanians in the United Kingdom work hard and pay taxes. The United Kingdom must combat criminal gangs of all nationalities and cease using Albanian discrimination to justify failed policies “said the prime minister in a series of English tweets.

“Albania is a NATO member and is in talks to join the EU. It is also a secure point of origin. When Germany had a similar issue, it strengthened its systems. The UK may and should do the same, rather than using criminal hyperbole to punish the innocent. Albania is not a wealthy country, and it has long been a victim of empires; we have never had our own. We have a responsibility to combat crime in our nation, and we are doing so tenaciously while also collaborating with others. Ready to collaborate more closely with the UK, but facts matter. Similarly, mutual regard “.

The new British government appears to be serious about addressing the issue of illegal immigration to the nation, which has become a severe problem, with thousands of migrants arriving by sea, many of whom are Albanians.

In this approach, the ministers are devising a strategy that calls for the quick repatriation of Albanian immigrants, the majority of whom seek asylum after entering the United Kingdom.

According to this plan, Albanian emigrants would return to their home country within a few days so that they do not have time to seek asylum, as Albania is regarded as a secure nation and emigrants from this country may only profit from the status of asylum seeker in extremely exceptional circumstances.

Current policies require migrants to stay in hotels when they arrive in the UK, but this comes at a high cost to British taxpayers.

Experts caution, however, that attempting to repatriate immigrants to the country without the option of a judicial procedure may be a violation of international law.

British taxpayers are presently paying at least £7 million per day to shelter thousands of asylum seekers in hotels, despite the fact that authorities only processed 4% of asylum claims from those who crossed the Channel illegally last year.

The British authorities are already actively trying to dissuade young Albanians from crossing the English Channel, some of whom have criminal intentions.

Immigration Minister Robert Jenrick has stated that the government will try to develop a fast-track method to expedite the expulsion of illegal immigrants.

He stated that the agreement made last year resulted in the repatriation of 1,000 Albanians, but he believed that many more will be repatriated in the coming months.