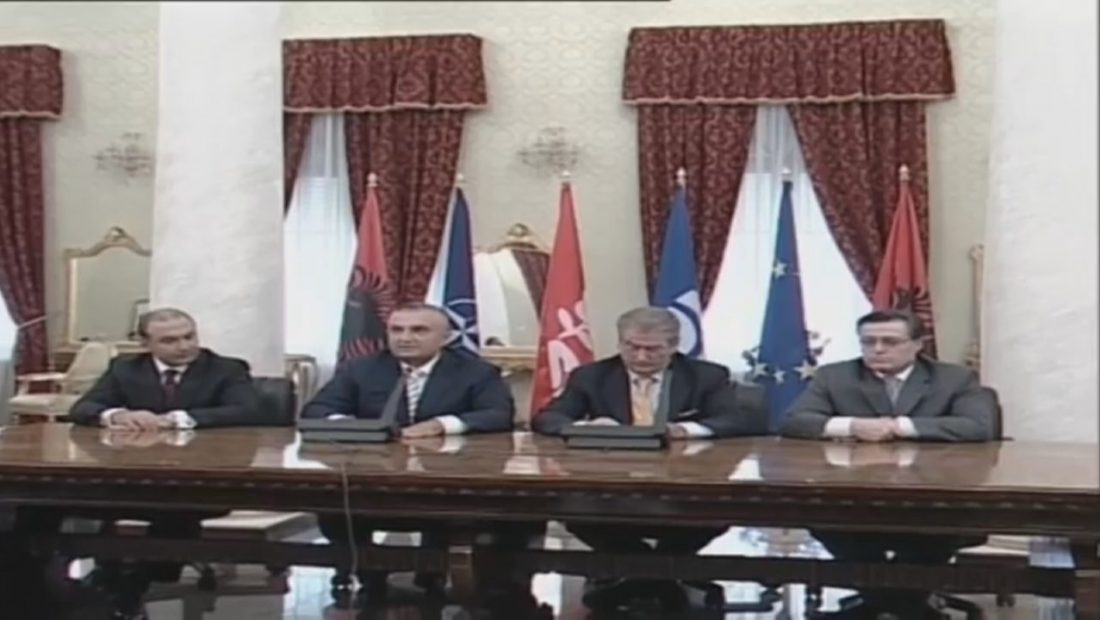 The political force Ilir Meta led became known as the “kingmaker” of Albanian politics after he founded the Socialist Movement for Integration, which emerged from the Socialist Party’s split. Sali Berisha, the leader of the Democratic Party, struggled to form a government after the 2009 elections. Despite having fought each other during the campaign, this issue resulted in the first agreement between him and Ilir Meta after the elections.

After the DP had won 70 Parliamentary seats (out of 140), the SMI leader gave Berisha 4 MPs from his party. With SMI’s help, Berisha was able to win 74 votes in the Parliament and form the Berisha 2 government.

This alliance between a right-wing and a left-wing force was frequently characterized as unnatural and did not last for more than one term. In the meantime, Edi Rama and Ilir Meta had covered every angle with one another.

Prior to the 2013 elections, in Shkoder, they signed the reconciliation agreement in the name of unifying the left, to the cheers of the supporters of the Socialist Party. Political calculations had encouraged them to put aside their differences.

The local elections in 2015 marked the beginning of the end for the Rama-Meta coexistence, and the socialists did not conceal their suspicion that their co-governing partners were supporting Lulzim Basha, who had taken over as head of DP after Berisha’s defeat in 2013, and they were supporting the protest tent and the hunger strike he had set up in the middle of Tirana’s main boulevard.

In response, Rama and Basha reached an understanding that allowed the Democrats to leave the tent and join the government as technical ministers in time for the 2017 elections.

As a secret part of the agreement they signed in 2013, Edi Rama reduced Meta’s capabilities by making him President before the Parliament was dissolved for the election campaign.

As the Democrats were part of the government, they decided to deal SMI another blow by refusing to form coalitions and running independently in the 2017 elections, a decision that was fatal for Basha. Rama claimed the “plate” for himself, while Meta received 19 Parliamentary seats, the best result SMI had ever reached.

On the eve of the local elections in 2019, SMI, led by Monika Kryemadhi, formally resumed its alliances with the right by renouncing the parliamentary seats together with Lulzim Basha.

They entered into a political union in 2021, more out of necessity than out of desire, which resulted in the signing of another cooperation agreement that was unable to survive the test. Edi Rama received his third term as the opposition was having two seperate campaigns that never intersected with each other.

After taking back the party, Ilir Meta signed another agreement with the right wing, again with Sali Berisha, who he says is the only one who stands by his word as regards political agreements.