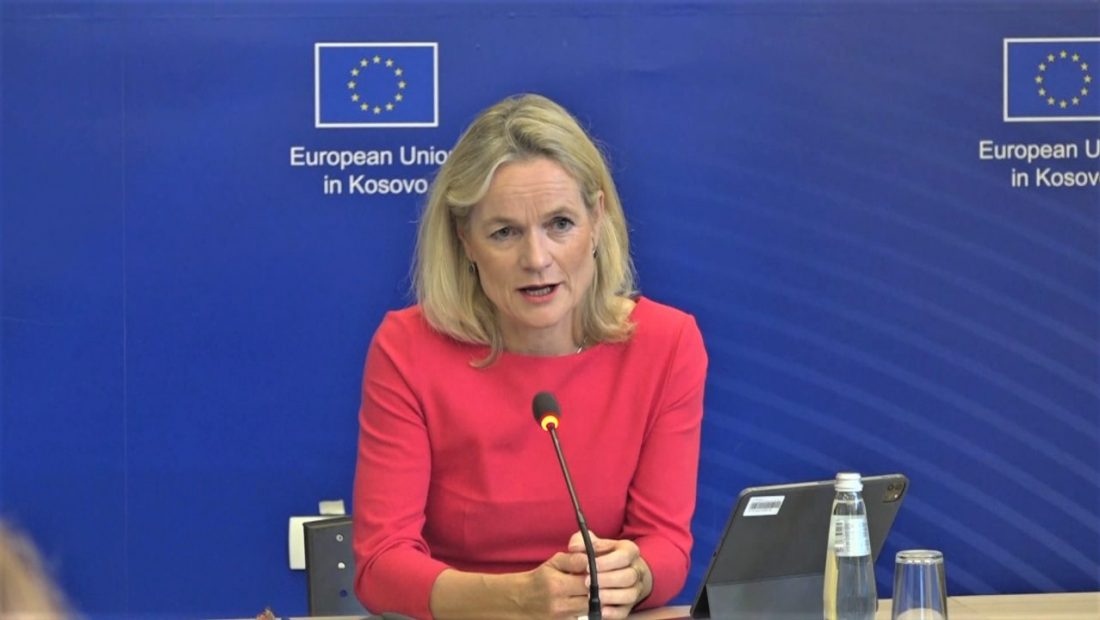 According to Viola von Cramon, who serves as the rapporteur for Kosovo in the European Parliament, a decision regarding the liberalization of visas for Kosovo is expected to be made sometime between the middle of November and the beginning of December. During a news conference held in Pristina, an official from the European Union expressed her hope that no conditions would be imposed on the process, and that it would not be linked to any new methodology developed by the European Union.

“You have genuinely accomplished everything relating to visa liberalization, you have met all of the requirements. The judgment will be decided in late November or early December. However, the question is whether we will see a new system of visa conditions, which would be absolutely unfair, or whether we will finally see a date for liberalization “, Von Cramon remarked in a video.

During the October 13 meeting of the working group for visas in the European Council, French officials reportedly demanded that the Kosovo visa procedure be tied to the operationalization of the European security system, ETIAS.

The rapporteur for Kosovo in the European Parliament also commented about the talks between Kosovo and Serbia, expressing support for France and Germany’s plan. Even if this agreement does not include 100 percent of Kosovo’s demands in the debate, she believes it is better to get “90 percent” now and allow the state to move forward.

“It is time to reach a deal that is acceptable to both parties, if not a final agreement. The Franco-German idea has been the subject of numerous articles; this is a fantastic chance, and I will ask whoever is in charge and has the ability to make decisions to give these proposals significant consideration. I believe that this is an excellent opportunity for the two countries to move closer to European integration. Kosovo, the most pro-European country, should back this up “Von Cramon continued.

According to Serbian President Aleksandar Vucic, the plan asks Belgrade not to obstruct Kosovo’s membership in international organizations, including the United Nations, in exchange for Serbia’s rapid membership in the EU.

Even the US envoy for the Western Balkans, Gabriel Escobar, has expressed support for this initiative, claiming that it will clear the way for Kosovo and Serbia to join the Euro-Atlantic community.