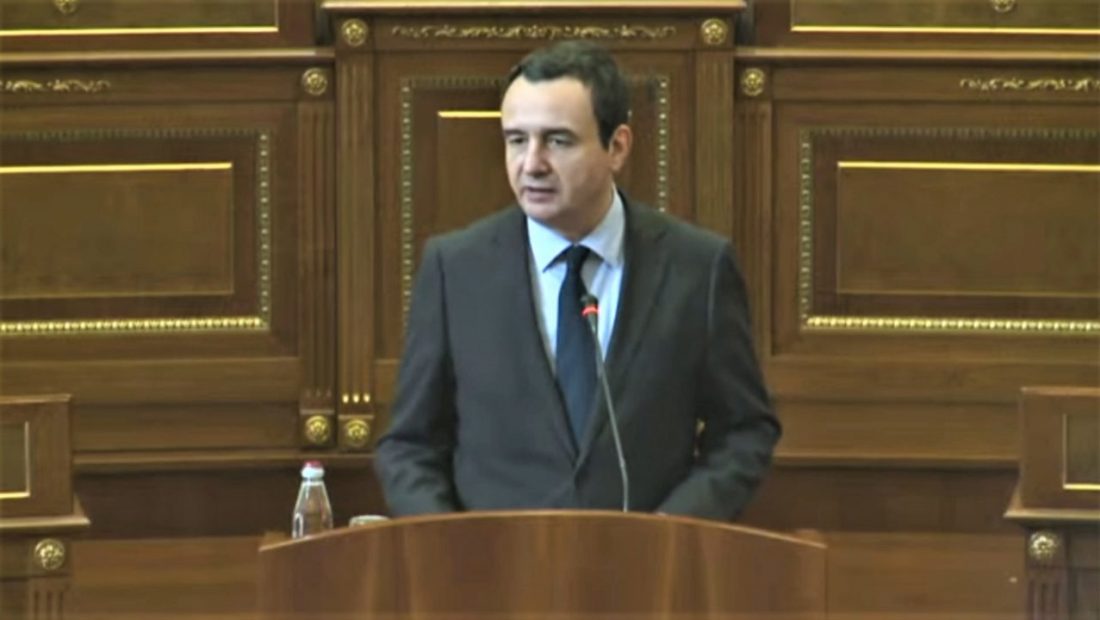 The security plan for the following five years was announced by the Kosovo government in the parliament. On the floor of the Assembly, Prime Minister Albin Kurti emphasized that this document outlines strategic objectives pertaining to crucial state interests, such as: defense of sovereignty and territorial integrity, maintenance of the rule of law and public safety, protection of human security and social development, as well as integration into Euro-Atlantic structures and other international mechanisms.

As a requirement for the security and sustained development of Kosovo, as well as our region, Kurti stated that Kosovo’s strategic goal is membership in NATO and the European Union.

The head of the government stated that this is the overarching security plan that takes into account the dangers, threats, and difficulties that may affect the Republic of Kosovo’s security.

“In order to orient, operationalize, and build our security architecture, this strategy will result in plans and other papers linked to national security, public security, defense, and diplomacy. This plan was developed in close collaboration and consultation with all state agencies. It has gone through the process of internal and external consultation, notably with the representations of the Qunit states, but also with those of other friendly states, the academy, and others “the Kosovar Prime Minister continued.

Kurti claimed that among other things, his administration has given special attention to security institutions, implementing clear policies and taking practical measures, such as raising the army’s budget by 52%. The Kosovo Security Forces will receive 102 million euros in funding this year alone.