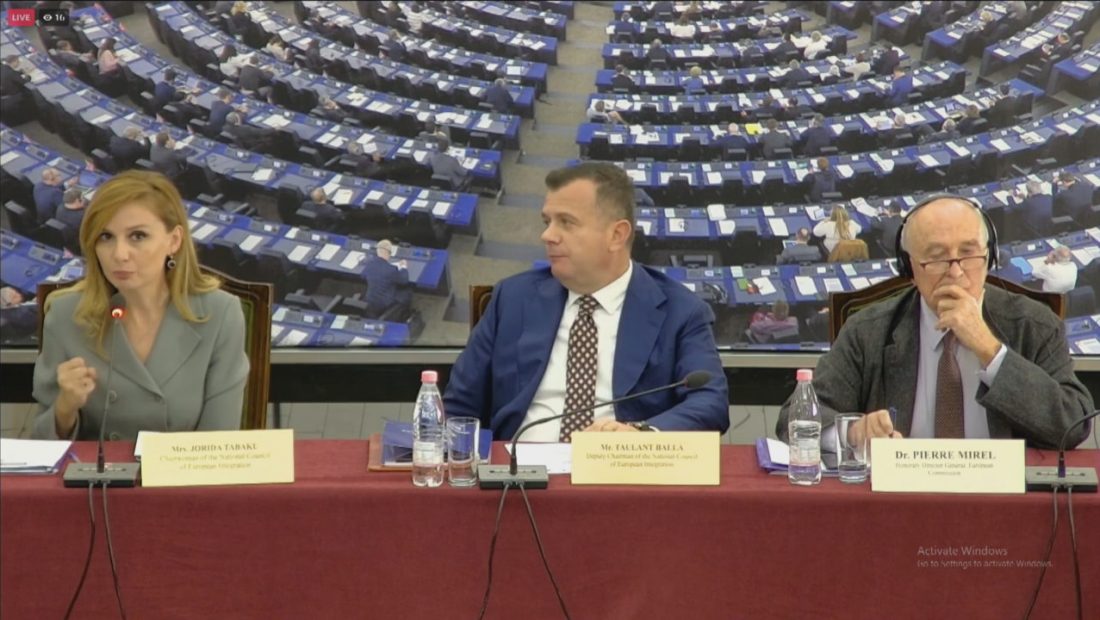 The selection of Tirana as the host city for the next EU-Western Balkans summit signals a speeding up of the membership process. This is how the socialist majority interpreted the statement by European Council President Charles Michel that the next meeting will be held on December 6 in Tirana.

According to Taulant Balla, “it is a perfect opportunity to understand the point first, so that even the most doubtful among us understand that the EU is sincere in its commitment to hastening the process of Western Balkans membership in the European family.”

Balla’s statement came during the inauguration of the School for European Integration, which was organized by the Parliament of Albania, and included Christine Hohman, the head of the EU delegation in Tirana, who highlighted the concerns voiced by the progress report.

“We anticipate strong political leadership in relation to this political agenda. There have also been other areas where little or no progress has been made, and one area that has been clearly expressed is freedom of speech “Ambassador Hohman stated.

The statements of the ambassador appear to fit the opposition’s strategy.