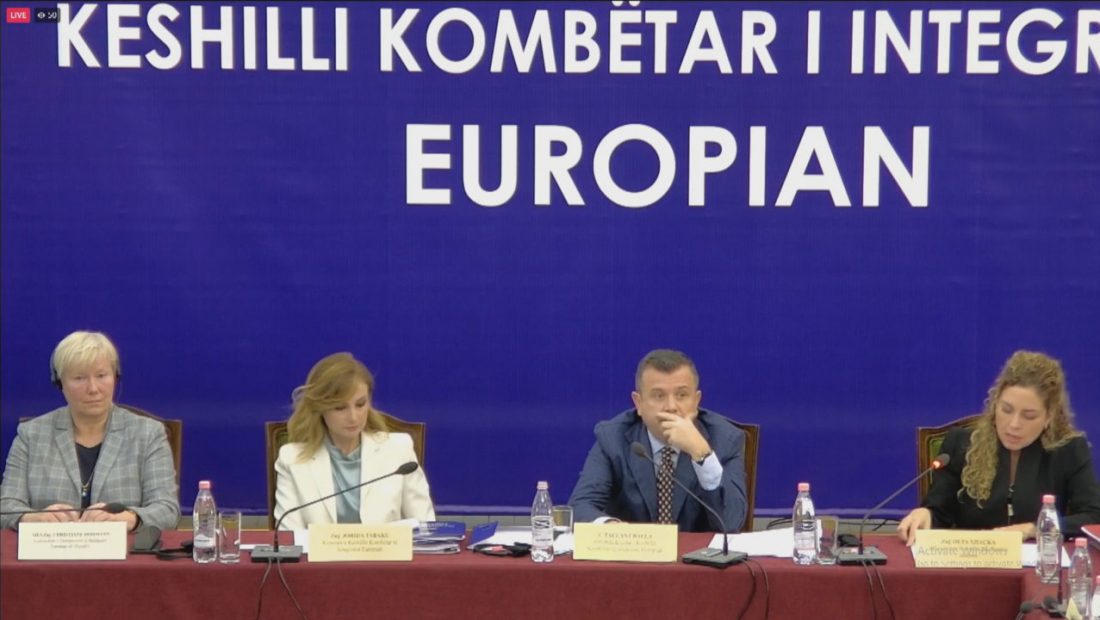 Both the majority and the opposition read various versions of the progress report from the European Union for Albania that was debated at the Integration Council meeting.

Democratic Council President Jorida Tabaku cited a few of the issues that, in her opinion, are emphasized in the study, including the issue with the government’s proposed bill on fiscal amnesty.

Taulant Balla, a socialist vice-president of the Integration Council, underlined his determination to forward this idea despite the evident rejection of the EU for this project, which is explicitly declared in the European Commission’s report: “In terms of the law for amnesty, the amnesty law will be made, and we continue to urge consultations between the experts of the Ministry of Finance and the European Commission to reach a final draft.”

The EU ambassador, Christiane Hohmann, was compelled by this strategy to reiterate the position stated in the progress report: “The Commission finds that the introduction of a criminal amnesty contrary to the EU’s recommendations would imperil progress in the field of anti-money laundering.”

The head of Albanian diplomacy, Olta Xhaçka, characterized the concerns of Brussels as hypothetical, similar to the deputy prime minister who did so a few days prior when she received the progress report.

“This hypothetical assessment intends to draw our attention to what should be considered in this process, and during this process, the hazards associated with this approach, which some EU nations have frequently experienced, will be considered”, she said.