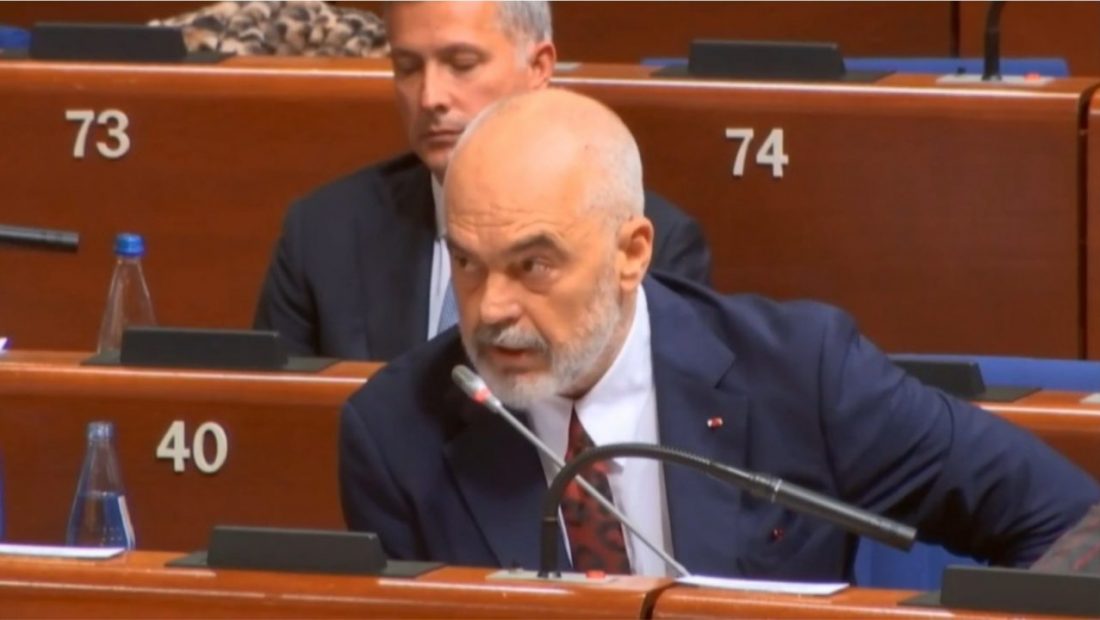 The allegations of organ trafficking levelled against the Kosovo Liberation Army by the Kremlin, according to Prime Minister Edi Rama, are “well-crafted delusions.” In his speech to the Council of Europe’s General Assembly, Rama claimed that the accusations made against the KLA-‘s commanders by prosecutor Carla del Ponte and followed by Dick Marty’s report and the council’s resolution did them a great injustice.

“A genuine illusion that was expertly created in the Kremlin and very cunningly smuggled through the world political system was delivered to this shrine of human rights. A nasty piece of fake news succeeded in becoming a report, which became a resolution, undermining justice and the truth.” Rama added in his speech, “Your actions a decade ago have resulted in an ugly distortion of human rights, one of the most significant failures of international politics.”

Rama forewarned the audience that Volodymyr Zelensky might find himself in Hashim Thaçi’s shoes in ten years, since Russia has started to make up claims that Ukraine committed war crimes in the Donbas. “I urge you to reject the allegations against Kosovo and to agree to Albania’s request for the adoption of a resolution requiring a follow-up report on the reprehensible, unsubstantiated allegations of organ trafficking by KLA fighters. For the sake of your honor, you must consent,” Rama added.

Several responses were given to Edi Rama’s speech at the Council of Europe Assembly by leaders of various political organizations. “I’m shocked on behalf of the PPE group; there was a lack of respect for this institution. The report, which was produced by this organization and was overwhelmingly accepted, was not Serbian or Russian. In all honesty, I have no words. In my 14 years here, I’ve never heard anything like this”, said Elvira Kovács, a member of the European People’s Parties and vice president of the Serbian Parliament.

Other representatives from various groups also voiced their displeasure with the speech and requested more time to discuss it.