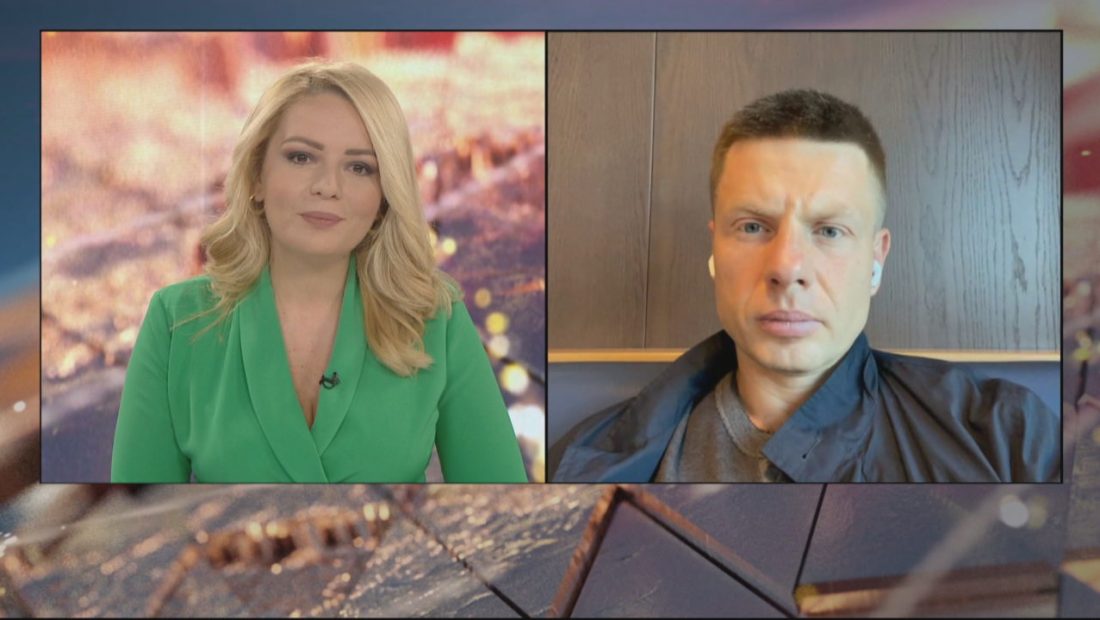 Leksiy Goncharenko is a member of the Ukrainian Parliament, yet he has been fighting against the Russian army for months. In an interview with A2 CNN, he expressed confidence in the Ukrainian army’s triumph, as he has done for the past month with the freed territory in the country’s east and south. He referred to Putin as a crazy despot who only knows how to perform propaganda and media shows, while he refers to the Russian army as a dinosaur with a large physique but a very small brain.

A2 CNN: Mr. Goncharenko, thank you for taking the time to speak with us today.

Goncharenko: Thank you very much.

A2 CNN: In Ukraine, the war against the Russian army has now lasted more than 200 days. And, in recent weeks, there have been reports of Ukrainian forces making advances in Russian-occupied territory. What is the current situation there?

Goncharenko: Ukraine initiated a counter-offensive a month ago, and the results have been spectacular. We liberated thousands of square kilometers of terrain, to, hundreds of villages and small towns, as well as major cities. In our country’s east, but also in Ukraine’s south. As a result, I can claim that our counteroffensive has been effective and successful. We are still fighting, mostly around Khrakiv, Ukraine’s second largest city. There, the Russian force has completely collapsed, and they are fleeing, which is a fantastic result for our troops.

A2 CNN: What happened to Russia’s military, in your opinion? But what causes them to deteriorate in the field?

Goncharenko: The Russian army is like dinosaurs. It is really large, but it has a very small head and a tiny brain inside. They lack good commanders and generals, and there is evidence that Putin himself is interfering with the military plan and army missions. They also have no morale. What exactly are they fighting for? What are they fighting for if we Ukrainians are fighting for our land? They have no concept of battle. So, they are quite weak since they are poorly commanded, lack morale, and lack good weapons. Yes, they are weak, and we are exploiting their vulnerability, which allows us to be successful on the battlefield.

A2 CNN: Are you concerned that Russia is making a tactical maneuver to regroup?

Goncharenko: We agree on that tactical maneuver; let them leave Ukraine and regroup in Russia. That is the greatest option for everyone. Of course, they’re trying to hide their failings; this is propaganda.  Not everywhere, but in certain areas.

A2 CNN: Referendums to join Russia were held in the occupied areas recently. It is divided into four regions: Luhansk, Donetsk, Kherson, and Zaporizhia. Do you believe Ukraine has already lost these territories?

Goncharenko:  We will liberate all of the territories you specified. No one in the world will accept the so-called referendums, which are disgraceful. They have nothing to do with democratic actions. As a result, they are not gone; Ukraine will retake control of these areas as well.

A2 CNN: How will you reclaim them if they decide to join Russia?

Goncharenko: There is no vote there. It’s nothing more than a show and a spectacle. There is no referendum, people are afraid, and people despise Russians. They move like “gorillas” in the conquered territory and shoot in the name of the Russians. They are terrified to go out on the streets at night, so there is no referendum; it is an annexation by Russia, but I repeat, we will free our areas in the battlefield, and everything Russia is attempting today will fail.

A2 CNN: Are you concerned that if they elect to join Russia, Putin will take those Russian regions into account and employ greater force if Ukraine conducts military operations on those lands?

Goncharenko: First, I’d like to ask you to stop suggesting that people are voting to join Russia. That’s exactly what Putin argues while putting on a show. Nobody votes there. Nobody wants to join Russia. People are crying of joy and congratulating the Ukrainian liberators in the territories we have liberated. As a result, stop claiming that someone is voting there. Nobody is casting ballots.

A2 CNN: Perhaps they are obligated to vote…

Goncharenko: Some of them are coerced, while others simply do not know who they are; they are troops, Russians, family members, journalists, I’m not sure. They are coerced, with guns pointed at their heads. This also occurred. However, no one is voting to join Russia. None in these territories, or at least the majority of them, since I can’t say all of them; you can find one or two, but the majority of them do not want to join Russia. In Ukraine, they wish to live in peace.

A2 CNN: Another question that I believe everyone has had in recent days and weeks. Do you believe Putin has the capability to use nuclear weapons?

Goncharenko: I am unable to respond to this question. I’m not a psychiatrist. This would be a suicidal act on Russia’s behalf. If this happens, our country will be annihilated and will no longer exist. That would be suicide for them. But I can’t tell you whether Putin is capable of doing so. He’s insane. He is a deranged despot. This advises us that we should put an end to it as soon as possible.

A2 CNN: What are your thoughts on the war’s end, and when do you think it will end?

Goncharenko: I know the end of the battle will be a win for Ukraine. Until our regions are entirely liberated. When is it possible? That’s not something I can say. Nobody knows. No one, including myself, is Nostradamus. Only time will tell. But I can assure you that Ukraine will triumph in the end.

A2 CNN: We hope so as well. Mr. Goncharenko, thank you for your time; we hope to see you soon and securely.

Goncharenko: It was real pleasure. Thank you very much.