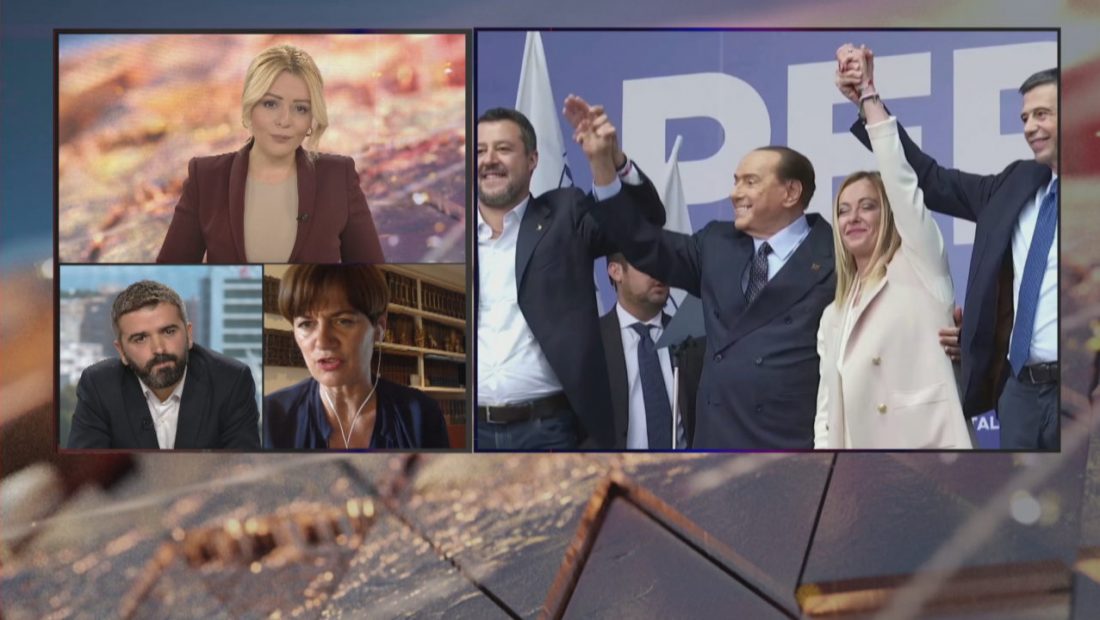 A major shift in Italian politics has occurred as a result of Giorgia Meloni’s victory in the country’s legislative elections. The 45-year-old will go down in history as the first female prime minister of that nation in addition to being a representative of the conservative right, which for the first time won the elections.

Beyond the backing of sister groups like Le Pen in France and Orban in Hungary, the signals have been met with skepticism across Europe.

But how will the right-wing forces’ resounding triumph impact the Albanian minority there?

Besian Zogaj, an expert on international relations, predicts that not much will change. “There are a lot of upset expressions, but there is no reason. Right-wing Italian governments have partnered with Albania and entered into economic agreements, but we haven’t strengthened our relationship with that nation in 12 years, he tells A2 CNN.

“For Albanians who have worked there for years, the pension recognition agenda is a crucial problem. Since there is also an Italian community in Albania, I don’t think it will have an impact on them. Although it’s true that a left-leaning group like the Democratic Party started this agreement, I don’t think the outcome will be awful.

The other viewpoint is held by Rome-based journalist Keti Biçoku, who has been covering the plight and challenges faced by the Albanian population in Italy for years. “No, the facts have demonstrated that they were never in favor of this accord, in my opinion. It would be a huge success if it could be ratified by the Parliament, but there are many concerns”.