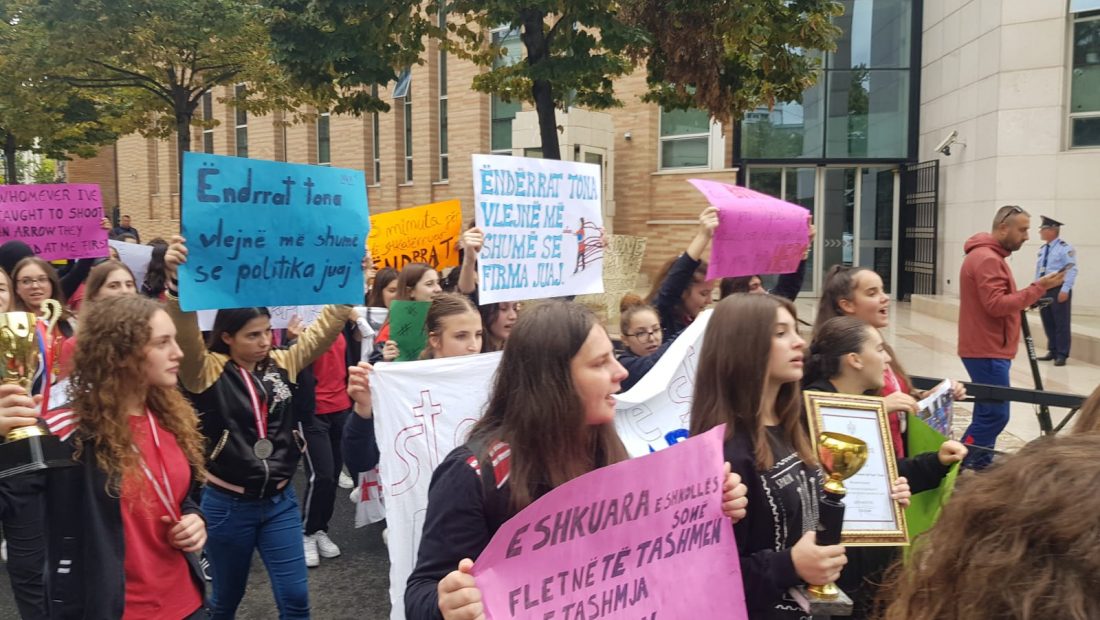 Prime Minister Edi Rama responds to the closure decision, which is alleged to have been influenced by pressure from Turkish President Erdogan, in a post on Twitter while the students and faculty of the Turkish college “Mehmet Akif Ersoy” are once again protesting against it.

“Students from the now-closed school should demonstrate against the owners who, without seeking legal authorization and without abiding by the law, sold the school’s facility and moved the activity elsewhere! The law has been implemented by the Ministry of Education and Sports as in other instances “, the Prime Minister declared.

The Ministry asserts that despite two verifications, the college’s leaders have not met the requirements, and that under these circumstances, the authorities have the power to cancel the license.

Sali Berisha, the leader of the Democratic Party, has accused Prime Minister Edi Rama of closing the Turkish college “Mehmet Akif” in the nation’s capital.  He  referred to the leader of the Albanian government as Erdogan’s puppet in a statement to the media and claimed that this decision was not only an outright violation of the right to education but also anti-Albanian.

“Rama has a low opinion of schools and private education in Albania, which I want to condemn with the utmost severity. Rama is a defamed servant of Erdogan, the president of Turkey, who views Albania as a place where he can order the opening and closing of schools. Rama recently ordered the closure of Mehmet Akif College, a college with the best specifications and a 26-year history in Albania. Rama said to the Albanians that the building had been purchased by his friend, a liar by nature, on whose jet he flies. What about the kindergarten that is being shut down ? Can a prime minister fight 255 young children? “.

Berisha urged the citizens to band together and support the kids at this school in their protest. He claims that this choice was made outside of Albania.

“The protest of the students at this school, which violates the nation’s commitment to educational freedom, is being supported by the public and is being called upon by the college. It is a horrible choice that was made outside of Albania and is supported by shady ties. How is it possible for the head of a nation to lock the doors to its kindergartens and schools on the instruction of another nation? I strongly condemn this anti-democratic and anti-Albanian action taken by an individual. It would be easy for me to state that he was taken prisoner by Sinan Idrizi, but the truth is that he was merely used as a pawn in this despicable scenario, which only occurs in the mafia republic of Edi Rama. Solidarity with the pupils and kindergarteners who have been wronged by a liar who has no regard for morality or laws “.

Berisha referred to a Turkish kindergarten Zubeide Hanem. The Administrative Court ruled against “Turgut Ozal’s” plea to secure the litigation in the legal dispute involving the Ministry of Education’s order to close the kindergarten “Zybeide Hanm” and the kindergarten.

During the meeting, the kindergarten’s representatives asked that the order be suspended while their lawsuit against the Ministry is being examined. However, the Court made the choice to deny this request.