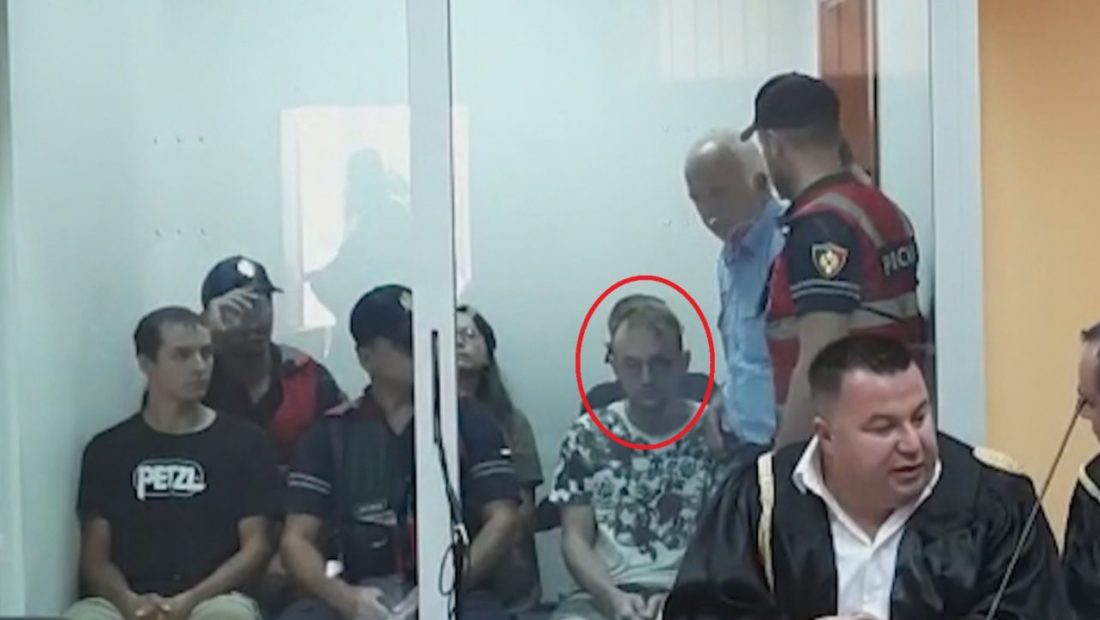 The Ukrainian Fedir Alpatov, who was arrested alongside the two Russians, Mikhail Zorin and Svetlana Timofeeva, has requested that the session in the Court of Appeal of Durres be interrupted for the assessment of the security measure against him, because a Russian interpreter has been made available to him, which he did not understand well.

Judge Florian Kalaja denied the request, citing it as a procedural obstacle.

Hearings on the criminal case against Russian residents Mikhail Zorin, 23, Svetlana Timofeeva, 33, and 25-year-old Ukrainian Fedir Alpatov, accused of the criminal charges “Assault due to duty,” began today at midday at the Durres Court of Appeal. They are accused  roviding confidential information “, as well as “Providing information” in collaboration.

The attorney for the Ukrainian, Saimir Vishaj, has filed an appeal against the ruling that was handed down by the court in Elbasan on August 24, seeking that he be required to appear in court as well as the opportunity to relocate to another country in order to complete his master’s degree in Warsaw. When his brother was paralyzed by Russian attacks in Ukraine, Vishaj claimed that it is arbitrary to deny him his mother tongue and to communicate to him in Russian. According to him, the attacker’s name is Mikhail Zorin, and his client, after arriving in Durres, met two other people on Instagram and decided to travel together.

The two Russian citizens also wanted the same level of personal security, namely the requirement to appear before the judicial police. The court opted to continue the session against the Russian and Ukrainian citizens behind closed doors at the request of the prosecution, leaving in force the ruling to keep them detained.