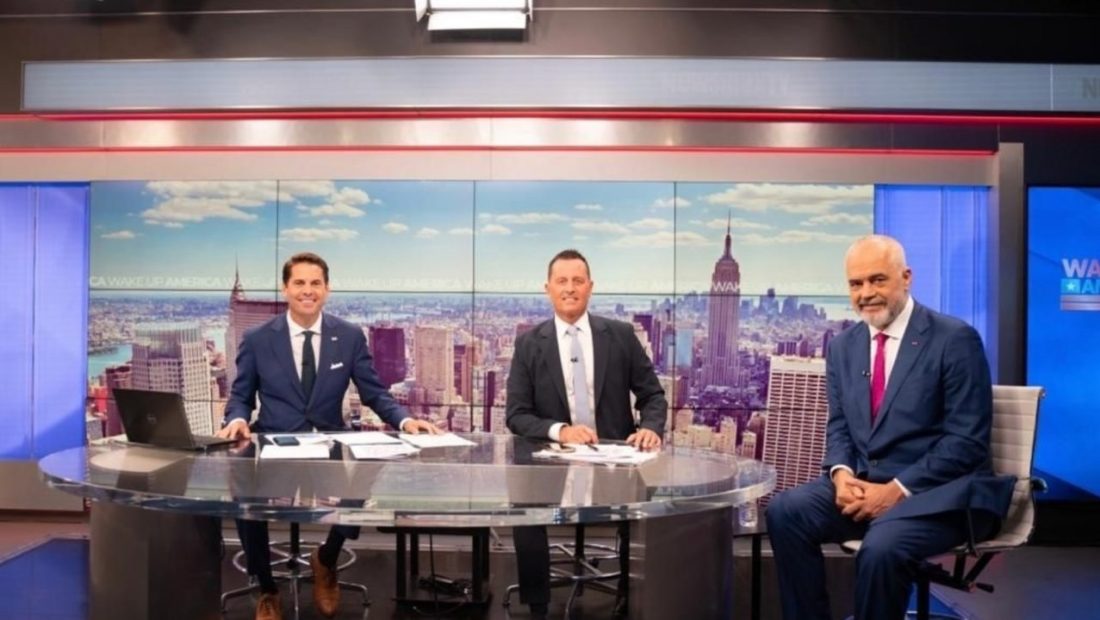 “The day came when we had to break connections with the Iranian government because their embassy in the heart of our city could no longer serve as a hub for terrorist strikes.” This is the statement of Albanian Prime Minister Edi Rama, who was invited to New York today for an interview with the American television station Newsmax TV.

When Richard Grenell, a former special representative in Kosovo from the Trump Administration, asked Rama about the Iranian cyberattacks, the Albanian Prime Minister stated that “I haven’t just accused Iran, but there is proof—which has come from specialized agencies—that Iran has supported four organizations, one of which was behind assaults in Israel, Saudi Arabia, and Iraq, among other places. We must construct a common defense system; it is concerning that this occurred in the absence of a common defense system for these assaults.”

When asked what he thought of Washington’s strategy in light of ties with Iran, Rama said, “We are a strong friend of the US, we know our role, and it is not up to us to make huge decisions, but we lived in a dictatorship similar to that (of Iran), which was not religious, but atheist. From experience I can tell that negotiating with these regimes it’s not a far-sighted vision to me.”

In addition to this, Rama was asked regarding the effects that the conflict in Ukraine has had on Albania and the country’s relations with Russia.

“Albania has a unique history. We were Europe’s North Korea; we had no interaction with the Kremlin in 30 years of democracy; we have not had close relationships with the Kremlin; and a Russian president has never visited Albania, which I regret. We do not rely much on gas as a country, and it is easy to take a firm stance when just 1% of the public supports Putin and we all support Ukraine”, the Prime Minister declared.