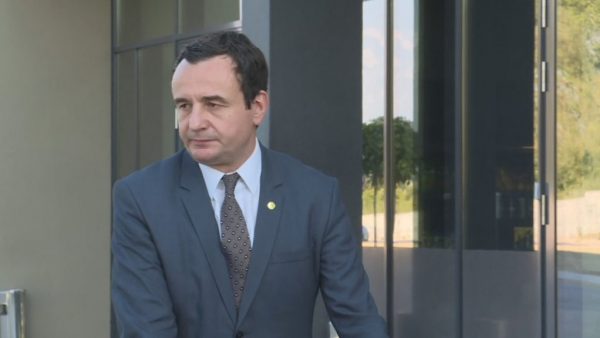 In 2021, the Counter-Terrorism Unit in Kosovo uncovers an Albanian citizen’s plot to assassinate Prime Minister Albin Kurti and two others. At least, that’s what a document made public on Monday by hackers claims to have obtained from the email of Gladis Nano, the former General Director of the State Police in 2021.

According to the document, the Counter-Terrorism Unit in Kosovo received information about an assassination attempt on Kosovo Prime Minister Albin Kurti from Ismet Haxha, a former member of the Kosovo Information Service and a relative of Kadri Veseli, and Xhavit Halit, a member of the Democratic Party of Kosovo and former MP.

Prek Kodra, an Albanian citizen, is the suspect. It is stated in the paper that he is skilled in the use of snipers. He is accused of involvement in a number of killings in Kosovo and Montenegro. Meanwhile, Kodra is said to reside in Shkoder and conduct activities in Tropoja, Ferizaj, and Deçan in Kosovo.

This individual has a criminal past and has been investigated for premeditated murder and unlawful possession of hunting weapons, according to the Albanian Police. In 2016, he was proclaimed sought after two firearms and 90 ammunition were discovered in his flat. The search warrant was issued in September of last year, despite the fact that he is deemed a high-risk individual.

A2 CNN was unable to independently authenticate these materials, which were leaked by hacking groups.

The Kosovo government has confirmed the alleged instance of an assassination plot on Prime Minister Albin Kurti in 2021, which was discovered following the leak of Gladis Nano’s e-mails by hackers.

“The case has not been made public in order to avoid spreading panic,” the government said in a statement to “Kosovapress.”  According to the “Zeri” newspaper, “the Kosovo Intelligence Agency has notified the Prime Minister of the Republic of Kosovo, Albin Kurti, about this situation. Security agencies have taken every precaution to avoid this activity “.