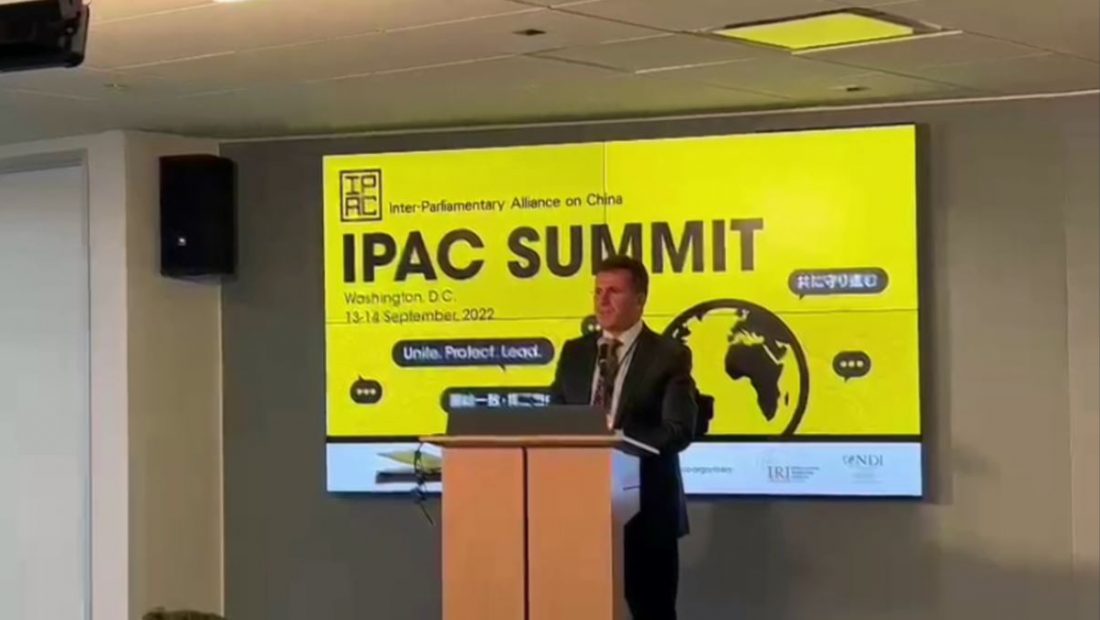 The group of Albanian MPs, who are a part of IPAC (Inter-Parliamentary Alliance for China), attended the summit where 30 parliaments from Australia, Japan, Britain, and Europe were represented at the invitation of Bob Menendez, the chairman of the American Senate’s Foreign Affairs Committee, and Senator Marco Rubio.

Senator Rubio stressed in his speech at the summit held in the American Congress that it is crucial for democracies to combat authoritarian regimes, not only in terms of security and the economy, but also by establishing a functional democracy in the fight against corruption, crime, and respect for citizens. Corruption and crime, as well as a broken legal system, are the best allies of regimes like the People’s Republic of China.

Menendez, the head of the foreign commission, emphasized that since security and the economy are intertwined, business dealings that lead to political dependency and security issues are detrimental and unethical.

He shared his concerns about Iran’s cyberattacks on Albania in a meeting with Senator Menendez, Senator Rubio, and other senators. He also voiced his entire support for a practical alliance between the US and Albania to counter Iran.

As co-chairman of the IPAC, Mediu presided over the meeting to approve the final draft, emphasizing the following on behalf of the Albanian delegation: “Alongside the United States and other democratic nations, Albania has taken its decision. We are unable to trade away our interests in long-term security for immediate financial benefit. Free commerce is not as vital as freedom. Profit is not more essential than upholding our principles. The region’s democracies are under risk due to the involvement of anti-European and anti-NATO groups, as well as issues with the rule of law “.