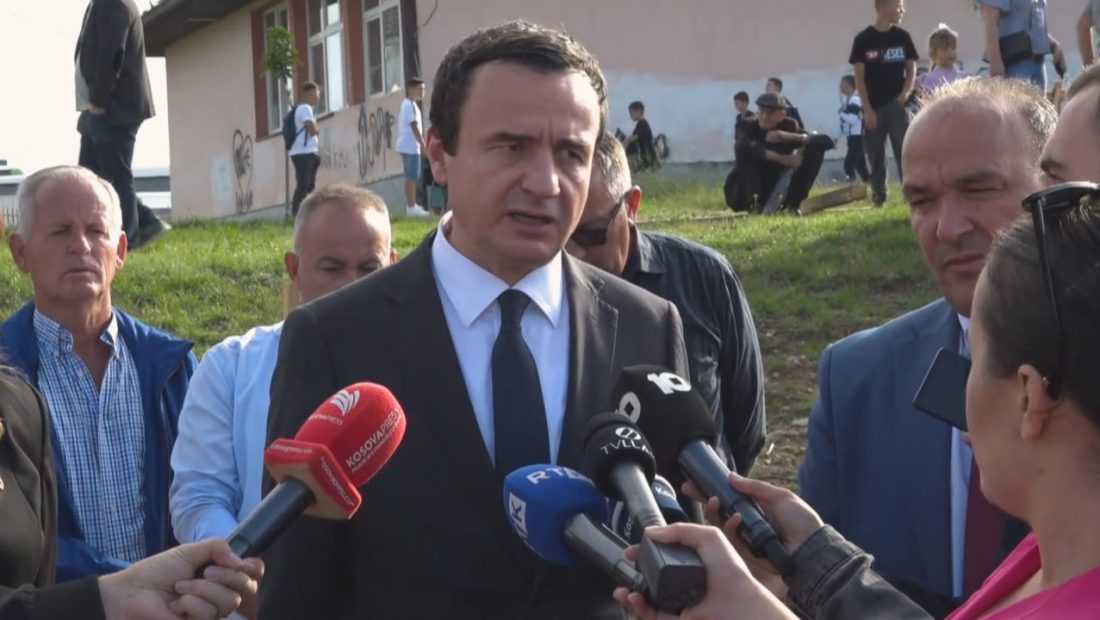 Albin Kurti, Kosovo’s Prime Minister, criticized the Serbian government’s decision to sing the Serbian national anthem at the start of the new academic year in all of the country’s schools, saying that “the weaker the Serbian state is, the tougher it becomes.” He also commented on Turkish President Recep Tayyip Erdogan’s visit to Serbia.

“It is not about democratic or compassionate conduct; on the contrary, the weaker Serbia is in relation to Kosovo, the more vicious it becomes.  As a result, we must see Serbia’s growing hostility as part of its overall decline. Kosovo is an autonomous, sovereign, and democratic state dedicated to all citizens without distinction, but we are also dedicated to the Albanians of Serbia. They each have their own agendas, and we have a state, friend, and ally in Turkey. Turkey is a very significant NATO member, but the communication that takes place between Kosovo and Serbia, now that Kosovo is not a topic but a party, is done via the mediation of Brussels and with the assistance of the United States. Tomorrow, special representatives from Berlin and Paris will arrive to follow Lajcak; the assistance of all friendly countries is greatly appreciated. However, we cannot fully comprehend the motives of when and where statemen of friendly countries will come. My sense is that the tour was to Serbia and Croatia because they regard Bosnia to be a far more vulnerable country than Kosovo. Because Serbia and Croatia wield considerable authority in Bosnia. This time, the Turkish president’s travel to the Balkans is tied to Bosnia. It’s not like we have complete control over where, what, and who goes.”