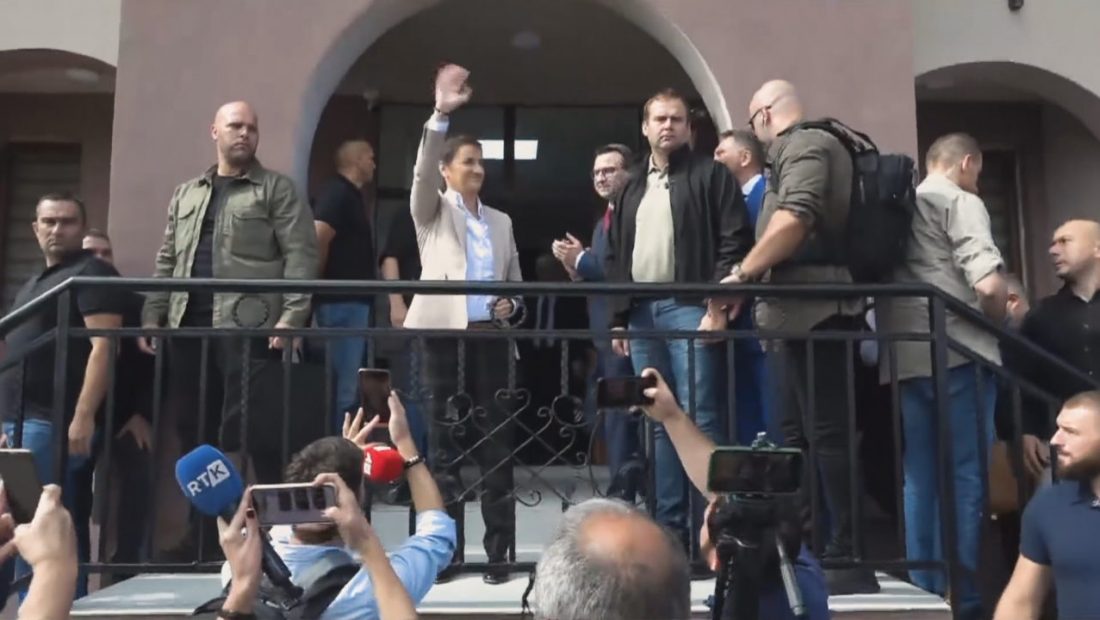 Ana Brnabic, Serbia’s Prime Minister, is in Kosovo. From North Mitrovica, she conditioned the possibility of a final agreement between Belgrade and Pristina on the formation of a Serbian municipal organization. Brnabic reiterated Kosovo’s obstructive role in the conversation and appealed for more commitment to establish a solution and agreement.

In an indirect reaction to Germany and France, she noted that Serbian President Aleksandar Vucic is courageous in seeking concessions for Kosovo Serbs.

“Vucic is brave and responsible enough to seek concessions to ensure some level of security for Serbs in Kosovo.  It is a vital discussion between Belgrade and Pristina, and we have always been willing to talk about it,” Brnabic added.

In addition to North Mitrovica, the Serbian delegation will make stops in Leposaviç and Zveçani. Prime Minister Brnabic is joined by Petar Petkovic, the director of the Serbian government’s so-called Office for Kosovo, who used the phrase “Welcome to our Kosovo” during his speech. According to Kosovo media, Brnabic refused to accept the customs post she passed through to enter Kosovo as a border point.