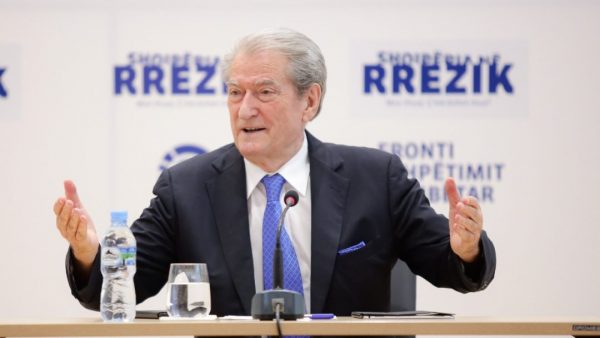 Sali Berisha, leader of the Democratic Party, claimed at the leadership meeting that Prime Minister “Edi Rama is preparing an energy disaster by violating the rules of the country that protect the dams, which do not allow the dams to be emptied below the level of 284 meters until September 1.

“The dams are now lower than 270 meters. They want to bring darkness for two reasons: they want to justify the awful story of contracting two massive generators from Bangladesh, which consume 520 thousand euros of oil and have a daily rent of 92 thousand euros. This one empties the dams, but the generators for Vlora that use fuel with a bad percentage of sulfur are equivalent to putting 100,000 automobiles that travel 100 kilometers per day in Vlora “Berisha stated.

According to A2 CNN sources, the Democratic Party leader, Sali Berisha, met with the Freedom Party leader, Ilir Meta, two days ago.

This one-hour and thirty-minute discussion was conducted to discuss the opposition activity.

Berisha stated at the DP Presidency meeting that “dissatisfaction and hatred towards this dictatorship is becoming more and more unbridled, more and more enormous.”

“This is entirely lawful, because the regime led by Edi Rama’s machinery of robbery and looting of Albanian citizens becomes more and more unrestrained every day,” the democratic leader added.