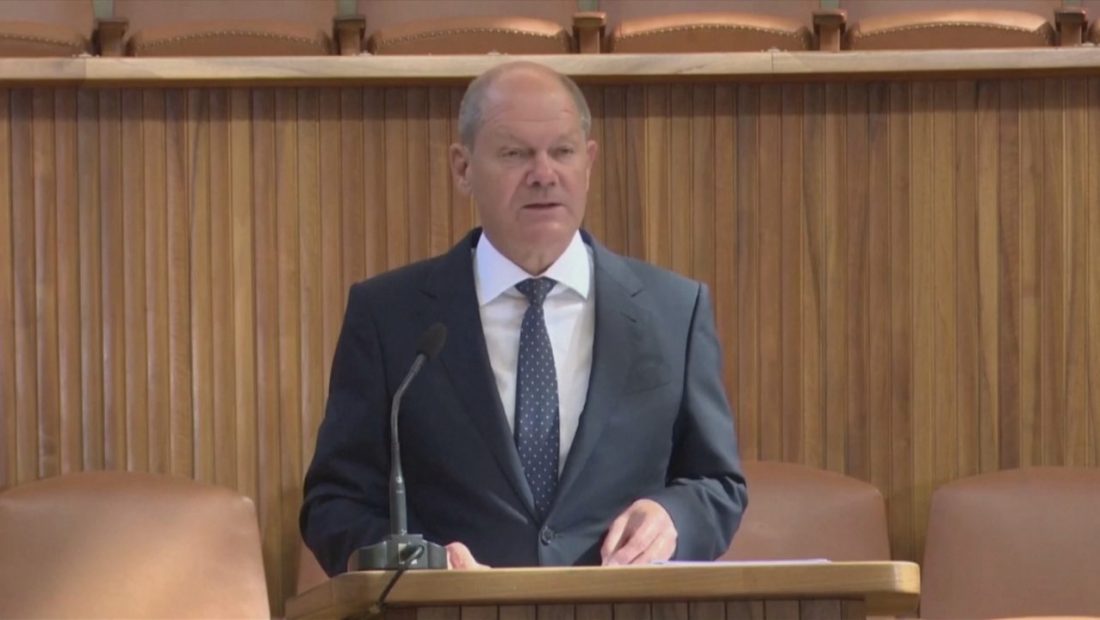 “Their membership is in our interests,” said the German government’s leader.

However, he questioned the current method of decision-making and advocated for a gradual shift from unanimous to majority voting, viewing this as a critical component of the union’s expansion.

“Where unanimity is necessary now, the risk of a single country exercising its veto and impeding everyone else’s progress grows with each additional member state.  As a result, I advocated a gradual transition to qualified majority voting in common foreign policy, as well as other areas like as fiscal policy, fully aware that this will have ramifications for Germany as well,” Scholz added.

In his speech titled “Europe is our future,” the German Chancellor emphasized that the EU’s core is drifting eastward. Scholz encouraged the 27 member states to overcome old issues and create new solutions in the midst of Russia’s aggression in Ukraine, while guaranteeing Germany’s continued support for Kiev.

In the coming weeks, his government will deliver weaponry to Ukraine. Germany will assume a lead role in developing Kiev’s artillery and air defense capabilities, in addition to contributing advanced air defense systems, radars, and drones.

Rama remains skeptical about the acceleration of EU integration, even after Scholz’s statement

Edi Rama, the prime minister of Albania, voiced skepticism that the country’s integration into the EU could be accelerated, despite Olaf Scholz, the chancellor of Germany, saying on Monday that decision-making should no longer require unanimity to prevent impediments from a single state, as was the case with North Macedonia from Bulgaria.

“I am unsure whether there will be an acceleration in general due to geopolitical reasons, but I want to hope that the new European political community envisaged by Macron and developed by Charles Michel, on which we are collaborating with the Dutch government, as well as myself and Prime Minister Rutte, will accelerate due to geopolitical reasons. It is a really important notion with a lot of promise,” Rama remarked from Slovenia, where he is attending the Bled Strategic Forum.

When Rama was asked about the current situation between Kosovo and Serbia, he responded by saying, “I think it is still a big tragedy that the residents of Kosovo cannot move freely without visas, but they did so when they were under a cruel regime, so the they are being held hostage by their liberators, and this is a very severe and horrible paradox of our times.  As for the dialogue between them, I am convinced that it is not worth wasting so much time and energy instead of sitting down and solving the problems as they just did”.

Rama acknowledged that there are disagreements between Tirana and Pristina, but not inconsistency. “Of course, we have certain disagreements, which is natural given that we are two distinct countries, and we completely back Kosovo and the Kosovar authorities in their constant pursuit for recognition, but we have a somewhat different perspective on how to get there.  We are far more in favor of gradual cooperation and building, referencing other countries that have produced incredible success stories out of conflict and carnage,” Rama added.