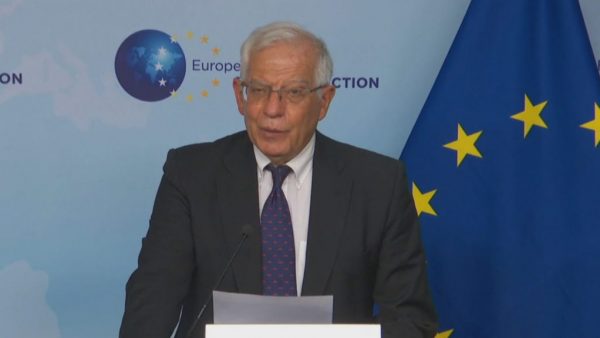 An issue that had recently sparked violence in Kosovo’s north has been resolved thanks to an agreement between Serbia and Kosovo to stop granting temporary passports for entry and exit at the border. While tensions were seen to be reducing, with some even viewing the agreement as an acknowledgment of independence from Belgrade, the failure to resolve the other significant problem, license plates, means that peace in the north remains threatened.

Prime Minister Albin Kurti stated over the weekend that he is committed to full reciprocity, and that the decision will take effect on September 1st, mandating the replacement of Serbian license plates with those of the Republic of Kosovo. In an interview with local media, Serbian Prime Minister Ana Brnabic, who obtained a fresh mandate at the helm of the Serbian executive, stated that the country will face unrest on September 1 because Albin Kurti does not want peace and is not willing to accept a license plate compromise.

“We haven’t reached an agreement on license plates.  Albin Kurti is not willing to compromise; we provided a solution, license plates with a neutral KS status, but he refused, and the talks are still ongoing. We have no idea what will happen because Kurti does not want peace. Instability acts as an alibi for the difficulties he is unable to tackle,” Brnabic explained. She urged for national unity in the face of what she described as tough times.

As a result, President Aleksander Vucic underlined that the agreement on identifying documents with Kosovo is solely verbal and does not indicate acknowledgment of independence. He claimed that Serbia got the most out of the accord. In response to Kurti’s statement about establishing full reciprocity, the Serbian president stated that he wanted ongoing disagreements and challenges. Vucic warned, “Serbia and I will fight for the protection of our people.”

“Don’t play with a regional war,” Vucic: Serbia is a battleground between East and West.

Serbia has become a battleground between the East and the West. This is what President Aleksandar Vucic believes, as Belgrade strives to achieve a delicate balance between its aspiration to join the European Union and its ties with Russia and China.

The media, numerous civil society organizations, political players, and non-governmental organizations on both sides are all part of a covert conflict between major powers that is taking place in Serbia, according to Vucic.

In an interview with Reuters, Vucic returned to the accusations against Kosovo, alleging that the Albanian side is not searching for a compromise in the negotiation process. From his office in Belgrade, he stated that Pristina is imposing its ideas with Western help.

“I’m worried they don’t seem to want a constructive discussion or dialogue, but rather believe they can obtain what they want by imposing it at the end of the day, with little or no backing.  This time that will not happen, and we will see what happens as a result. I think that those countries protecting Kosovo’s so-called independence will persuade the Pristina not to play with a conflict in a territory that is undeniably troubled,” added the Serbian president.

The Serbian president also stated that more meetings and diplomatic attempts from EU and US envoys to resolve the car license plate problem are planned in the coming weeks. Prishtina and Belgrade struck an agreement to settle the disagreement over identity cards, while Kosovo determined that local Serbs will exchange Serbian license plates with Kosovo ones within two months, beginning September 1.

Josep Borrell, the European Union’s chief of foreign affairs, has commented on the outstanding difficulties between Kosovo and Serbia.

He stated that the problem of car license plates in Kosovo should be resolved by comprehending the viewpoints of both countries: Kosovo and Serbia.

“I’m striving for something that all sides can embrace,” Borrell says. The Kosovo government has decided that drivers who have license plates issued by Serbia must re-register their vehicles in the Republic of Kosovo.

The decision, which was supposed to go into effect on August 1, has sparked tensions in Kosovo’s north and has been postponed until September 1.

Albania is challenged by air pollution, municipalities do not have “power”, the government proposes tougher penalties