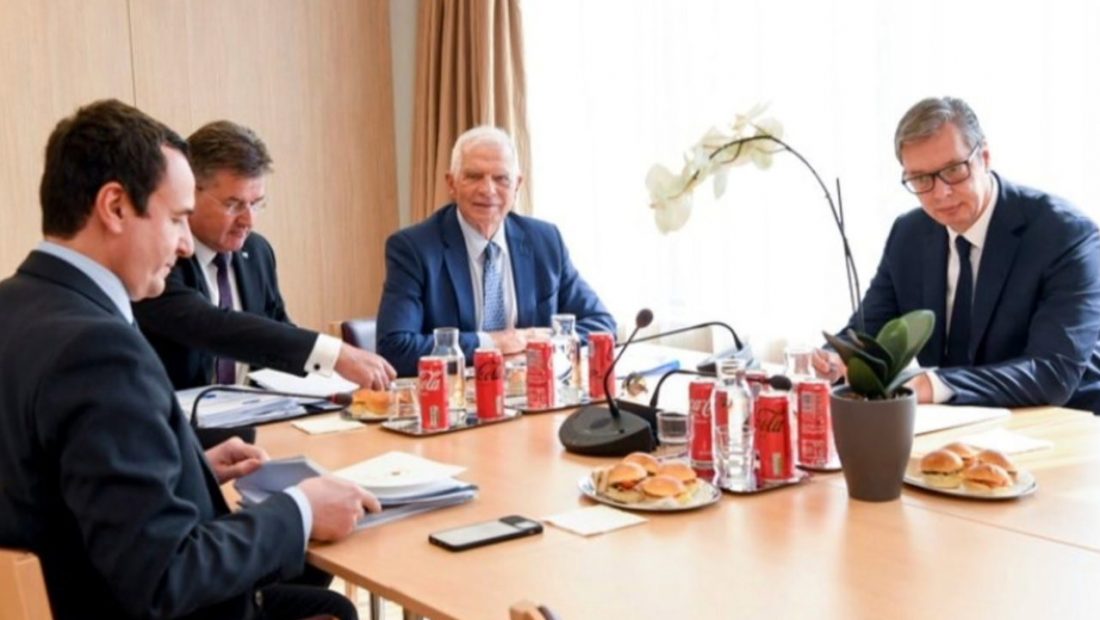 When the last meetings of European and American representatives in Pristina and Belgrade appeared to have failed to produce concrete results, Borrel communicated on Twitter that an agreement had been reached between the parties to allow border crossings only with ID, without the need for documents of entrances/exits, which had caused multiple problems due to Belgrade’s non-recognition of Kosovar symbols.

“Citizens of Kosovo and other nations will be able to travel freely between Kosovo and Serbia with simply an identity card. Prime Minister Kurti has given us assurances on this front. This is a European solution, and I commend the two leaders on their choice and leadership “According to the post, as a result of the agreement, Serbia will accept ID cards with the Republic of Kosovo written on them.

Albin Kurti, the prime minister of Kosovo, reacted to the deal between Kosovo and Serbia for the mutual acceptance of documents at the border.

“All border crossings between the Republic of Kosovo and Serbia will allow citizens to enter or exit without difficulty, burden, or delay if they have identification documents (ID) issued by our nation. When entering Kosovo using identity documents (ID) provided by the Serbian government, the same rules will apply in the other direction”, Kurti says, adding that “the spirit of principled and equal talks in Brussels is reciprocity. Reciprocity is an essential component of normalizing solutions and is implied by excellent neighborly interactions “.

Kurti commended the EU delegation for reaching an agreement, praising in particular the American envoy Escobar and the American ambassador Hovenier for their dedication and support. Borrell called the deal “a European triumph.

Albanian politicians reacted unanimously and on the same line to the news of the Kosovo-Serbia agreement on border document recognition, a “thorn in the side” and cause of tension between the two countries.

The deal announced by the EU’s High Representative, Josip Borrell, is excellent news for Prime Minister Rama, but he added, “Along with congratulations to all parties, I hope that this progress will take the dialogue to a new level.  One should not waste limitless time and energy attaining things as simple as this today,” he wrote on Twitter.

Meanwhile, Democratic Party leader Sali Berisha reacted on Facebook. “A significant step in the right direction!  The Democratic Party has consistently supported the to this problem, caused by the Serbian side, based on reciprocity and equality between the parties.

On this occasion, the Democratic Party, appreciating the contributions of the EU and US special delegates for the Kosovo-Serbia dialogue, Miroslav Lajcak and Gabriel Escobar, as well as NATO Secretary General Stoltenberg, welcomes the signing of this agreement as an important step toward normalizing relations between the two countries. DP hopes that, on the basis of the global values of equality and reciprocity in bilateral relations, Kosovo and Serbia would be able to successfully resolve their remaining major issues. Only a Balkan of independent and equal countries can be a region of peace and stability while safely integrating into the EU,” writes Berisha.

Former president and Freedom Party leader Ilir Meta also reacts. “The Freedom Party thinks that the only way to achieve a stable solution, which should have mutual recognition between two nations at its core, is through the continuation of the dialogue facilitated by the EU and the USA, as well as the respect of the European spirit and values between Kosovo and Serbia.”

President Bajram Begaj is also satisfied with the arrangement. “I applaud the deal that makes it easier for citizens to travel between Kosovo and Serbia, which is in the best interests of all citizens.  Thank you for the fruitful dialogue and gratitude for the EU and US commitment,” his states in his profile.

Albanian Foreign Minister Olta Xhacka reacted quickly to the rather surprising announcement of the Pristina-Belgrade agreement on mutual recognition of border documents.

“This is fantastic news for the region. Both Albanians and Serbs gain from the deal between Kosovo and Serbia. Dialogue is always the best option. Congratulations to both leaders, and thanks to the EU for facilitating the dialogue “, writes the Minister on Twitter.