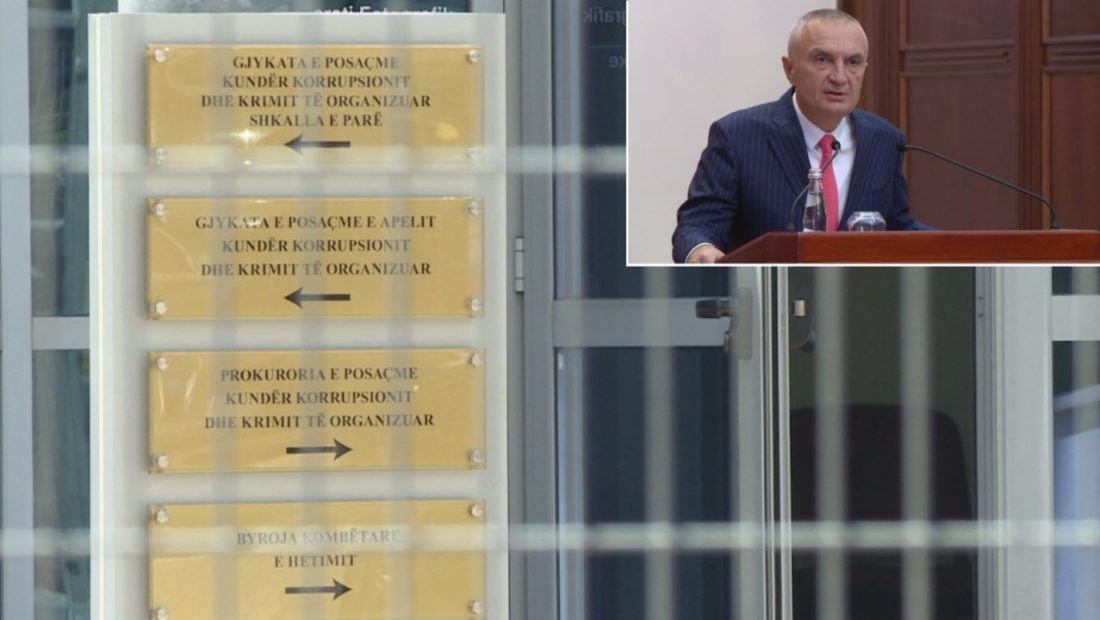 As a result of the inquiry begun following the report of former deputy Halit Valteri against former president Ilir Meta, the Special Prosecutor’s Office, SPAK, has addressed official letters to the country’s second-level banks and to taxes.

According to sources close to SPAK, the banks have been sought for information about the bank accounts or any transactions made by the persons accused by Valteri, who include the former President as well as Monika Kryemadhi, Vangjel Tavo, and Iraklis Fidetzis.

Simultaneously, an examination of their tax declarations to the authorities was requested. The investigation is being conducted by prosecutors Arben Kraja and Sotir Kllapi at the Special Prosecutor’s Office and has been registered without precise names of suspects.

The procedure is currently in the stage of obtaining open information from institutions, after which, depending on the results or suspicions that may arise, more investigative actions, such as summoning and questioning the accused, will be decided.

SPAK had previously requested information on the former President’s generalities and prospective revisions from the Central Election Commission, a copy of Meta’s self-declaration form, and the Civil Registry.

Former MP Valteri, in a report filed in SPAK in June, raises suspicions against the former president and three others for a variety of criminal violations, including “corruption” and “concealment of money.”

His report was prompted by a disclosure in Austrian media about the Socialist Movement for Integration’s undeclared lobbying contracts in the United States before to the 2017 election campaign. According to the article, the lobbying was funded through offshore firms in Cyprus in order to secure a photo at US President Donald Trump’s inauguration ceremony.

The former President has refuted these allegations, and has responded to the prosecution’s request by showing another request that SPAK has made to the Civil Registrar, requesting information on his generalities. In a Facebook post, Meta claims that SPAK “has opted to openly serve the ruling mafia in a panic”, once again referring to the justice reform as Ramaforma.

Yuri Kim, the US Ambassador to Albania, has once again expressed support for the justice reform.

Threats to judges and prosecutors, as well as attempts to block change, are no longer acceptable for a NATO member country aspiring to join the EU, according to the American diplomat in a Twitter post.

“For far too long, the wealthy and powerful have assumed that they are above the laë. They are now concerned that impunity is coming to an end “Kim wrote.