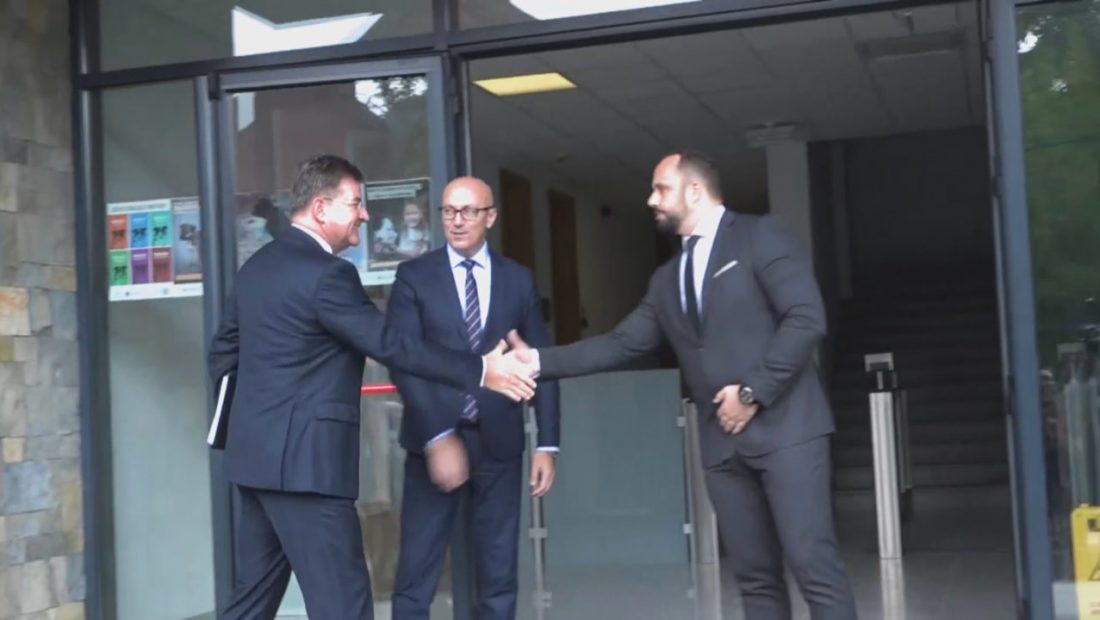 The tensions of July 31 in Kosovo’s north cannot be repeated, when local Serbs formed barricades to prevent the Kurti government’s decisions on license plates and papers from being implemented. This is what the European Union’s special representative in the Kosovo-Serbia dialogue, Miroslav Lajçak, said following a meeting with Kosovo Serbs in North Mitrovica with the US envoy for the Balkans, Gabriel Esocobar.

“This is why we are here today: so that people do not worry for their lives, for a regular life. We are doing everything possible to ensure that there are no roadblocks.”

Lajcak refused to discuss any solutions or recommendations, stating that the mission is still ongoing and that peace must be maintained. The senior EU official did not even respond to a journalist’s query on whether the international community had asked Kosovo to postpone the decision’s implementation for another three months, as some Kosovo media assumed.

“There are so many rumors regarding this process that I don’t want to dig into them,” Lajçak said. Escobar quickly stated that “the mission continues in Belgrade” and that he wants to make a statement in the Serbian capital following discussions with President Aleksandar Vucic. Neither “The Serbian List”, the main Serbian political group in Kosovo, nor its representatives at the meeting spoke to the media.

Escobar and Lajçak stated that they expect Kosovo and Serbia to have a solid plan to overcome the issues over license plates and identity cards following their meeting with the heads of institutions and opposition representatives in Kosovo on August 23 and 24. They highlighted that they have been told that no one wants the situation to deteriorate on September 1, when the reciprocal measures are scheduled to take effect.