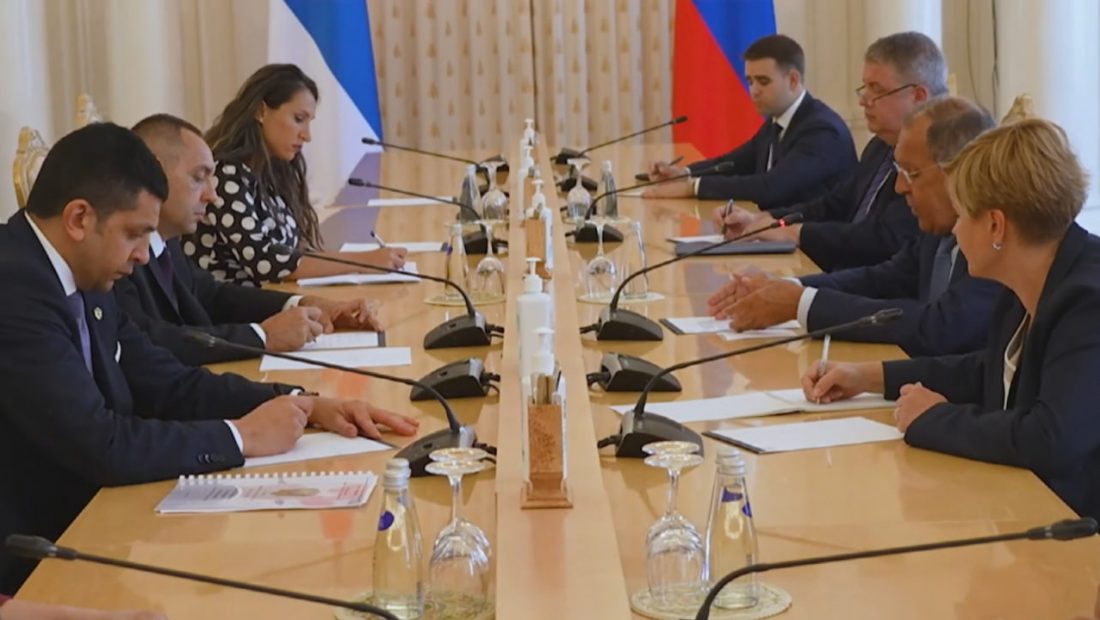 Russia provides support to Serbia in order to help it maintain its pretended territorial integrity and to contribute to the tensions with Kosovo. The Minister of the Interior, Alexander Vulin, paid a visit to Moscow with crucial talks, ignoring the demands of the European Union and the United States of America, and praised the centuries-old fraternity with the “mother state.”

He was initially greeted by Sergey Lavrov, the Foreign Minister of Russia, who gave him the assurance that his nation will continue to reject Kosovo’s independence.

According to a statement released by the Serbian Ministry of Internal Affairs during a conversation with Sergej Lavrov, the director of Russian diplomacy, Minister Vulin “pointed out that Serbia, led by President Aleksandar Vucic, does not forget the centuries-old brotherhood and that Serbia is the only nation in Europe that did not impose sanctions on the Russian Federation and did not become part of the anti-Russian frenzy.”

It is particularly unfortunate that Lavrov was unable to visit Belgrade in June. Vulin emphasized that Serbia will never forget Russia and President Vladimir Putin’s assistance in preventing the approval of a British resolution at the United Nations in 2015, which would have designated the Serbs a murderous nation.

The Serbian minister confirmed the high level security cooperation between the two nations during meetings with senior Russian army officials, including Aleksandar Fomin, the Russian deputy minister of defense, while he was in Moscow.

He also met with leaders from state-owned enterprises that manufacture guns and other equipment for the Serbian army and police.