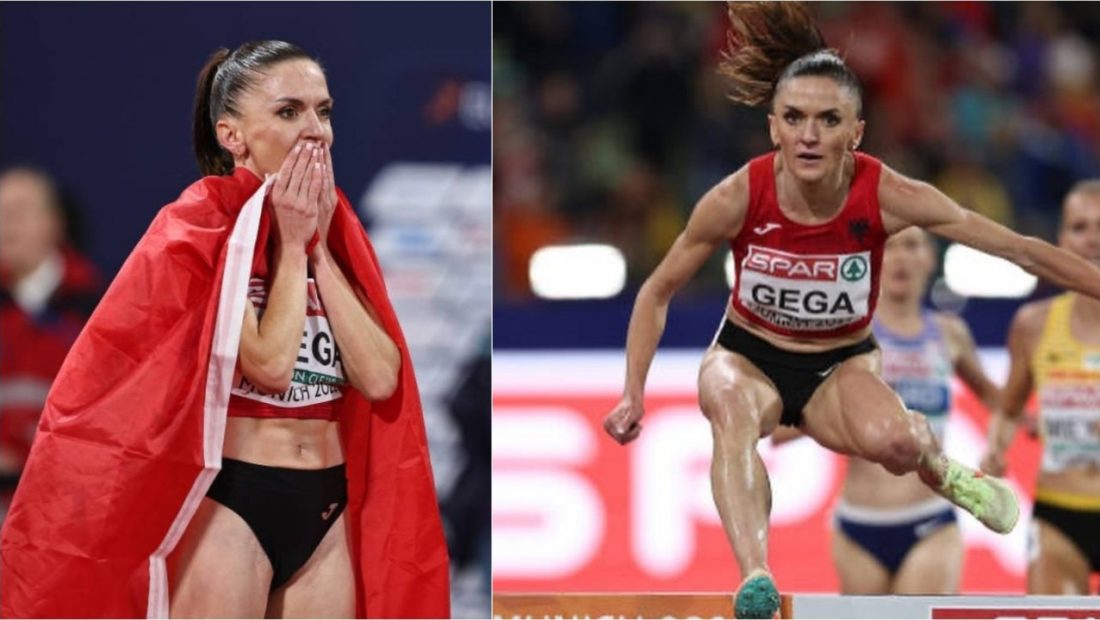 Luzia Gega is crowned European champion in athletics after winning gold medal in the 3000 meter steeplechase competition at the European Championships in Munich.

The Albanian athlete crossed the finish line first with a time of 9.11.31 seconds, breaking the record of 9:17.57 previously held by Russia’s Yuliya Zaripova back in 2010.

Gega controlled the most of the race, leading for the whole 2900 meters, and she finished with a nearly 4-second edge over the German Lea Meyer.

A few weeks ago, the 33-year-old was ranked fifth in the world in the same event, but she won the gold medal in the Mediterranean Games.