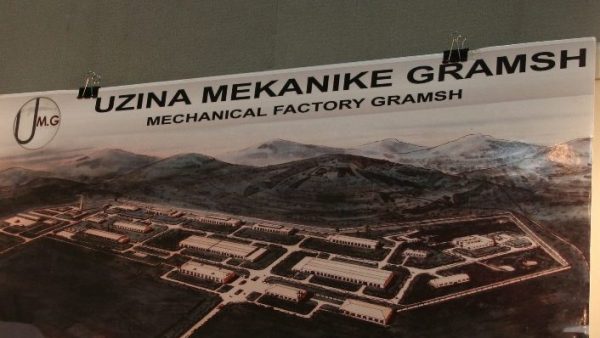 A serious incident occurred this evening at the Military Plant in Gramsh, according to the Ministry of Defense.

“Three Russian and Ukrainian citizens attempted to enter the factory. The officers on duty at the plant reacted quickly, but in the process of apprehending the three foreign nationals, two of our soldiers were injured and are being treated by doctors at Tirana’s trauma hospita”, according to the Ministry.

Authorities have detained the foreign nationals while investigations into the circumstances of the incident continue.

Gramshi police provided information about the attack on the military plant on Saturday. “According to the services of the ekin Military Plant in Gramsh, an unidentified citizen with a camera in his hand was found near the perimeter of the plant, attempting to photograph the military area’s premises.”

“When the two soldiers guarding the facility spotted him and approached to stop him, the foreign citizen responded with neuroparalyzing spray, but the soldiers were able to finalize the neutralization.”

After receiving the notification, the Police Services went to the scene and escorted the Russian citizen, Mikhail Zorin, 24, to the Gramsh Police Commissariat for further action.

Also, based on preliminary investigative actions, the police services learned that this citizen was accompanied by two other citizens and immediately set up checkpoints and searched the area.

The Police Services were able to locate and block the “Chevrolet” type vehicle in this area, in which Russian citizen Svetlana Timofoeva, 33, and Ukrainian citizen F. A., 25, were traveling, and who were escorted for further actions.

The investigative team, led by the Prosecutor’s Office of the Elbasan Judicial District, is on the scene and working to clarify the events’ circumstances and legal documentation.